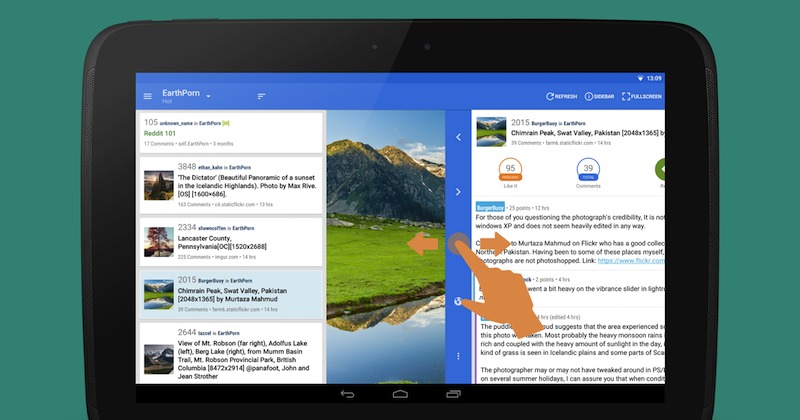 The news app has been very useful for regular redditors and it will still continue to be a full-feature app for reading recent stories on the website. Relay for reddit makes reading easier, smoother, and more convenient because of the improved navigation and readability. App is popular among reddit users whether you’re moderator, a power user, or even just a lurker.

The updated app for reddit now features Material Design elements. Notice the ripples, setting, dialogs, and the tinted status bar. Interface is made more intuitive and more attractive while animations are more fluid. The enhancements also include comments and stories now loading at the same time. To switch between them, just swipe through the screen. The developer added OLED night more to quick change theme list and fixed a previous memory leak, as well as, that issue of an app not resuming from where you left off when tapping on the launcher icon.

More websites get more image previews in this version too. Of course, we can expect numerous bugfixes–most of them we didn’t really notice. For active reddit users, you can have multiple accounts and take advantage of full user profile support. You can also get notifications for moderator messages and mail. For more customization, you can also filter subreddits from the frontpage, change the font size and style, and even enable left-handed viewing. You won’t be confused with the comment threads because they can be color coded. Other reddit features you can use include searching for topics, submitting original content and links, and subscribing to subreddits.

The Reddit Now app has also been changed to ‘Now for Reddit’. The same app lets you browse stories on Reddit with a nice card based interface  for a more intuitive and gesture based experience on Reddit. Just swipe on the screen to change subreddits. You can also take advantage of  the Reddit TV, full multireddit support, messaging, and saving of images. For faster typing of messages and comments, the developer updated the text editor. Feel free to share posts, comment, hide, save, and vote. 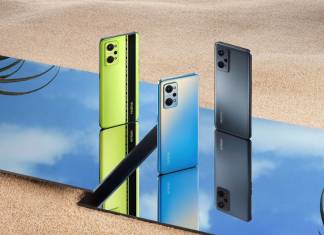 Rei Padla - September 22, 2021
Last week, we mentioned the Realme GT Neo2 would be launching soon. The new phone has finally and officially been introduced as promised. It...