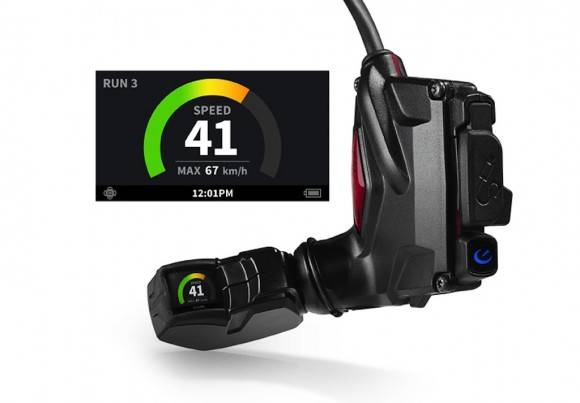 Recon Instruments has unveiled their latest wearable, the Snow2. This is another powered by Android and as the snow in the name would imply, it is intended for use on the slopes. In fact, one of the items the Snow2 HUD monitors is jump airtime. Recon Instruments has these compatible with goggles from Oakley, Scott and others and also packaged together in a bundle with the UVEX G/GL9 Recon Ready goggles.

Other performance metrics that can be monitored include speed, vertical descent and distance. The Snow2 heads-up-display is able to connect to third party sensors and cameras and that means support for goodies such as heart rate monitoring. There is also smartphone connectivity. The Snow2 will pair with an Android or iOS device which means users can get alerts for calls, messages and more.

The display on the Snow2 is 428 x 240 in resolution and Recon Instruments have it listed as being a virtual 14 inch image at 5 feet. This setup is powered by a dual-core 1GHz Cortex A9 processor with WiFi, Bluetooth, GPS and ANT+ support. There is also an onboard gyroscope, accelerometer, magnetometer, altimeter and thermometer.

Users will find a 1200 mAh battery, which is said to be able to provide up to 6 hours per charge. While the Snow2 will be tucked up under your goggles, there is a remote you can strap on your arm for easier navigation. The remote connects using Bluetooth Low Energy and is housed in a waterproof casing with oversized buttons, which should help considering you likely have gloves over your fingers. 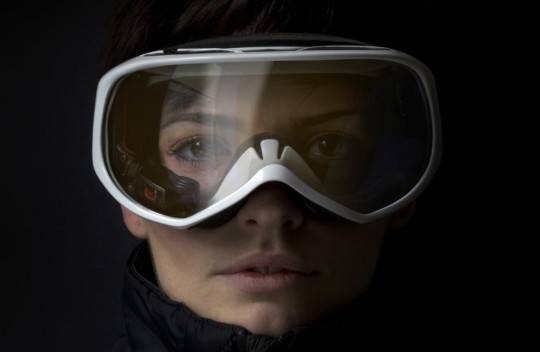 Touching back on the goggles. Recon Instruments has the Snow2 preinstalled in Oakley, Smith and Zeal with brands such as Aplina, Briko, Scott and UVEX listed as being “Recon Ready.” The Snow2 is available for purchase as of today and sits priced at $399. There is also the UVEX G/GL9 bundle available for $549.