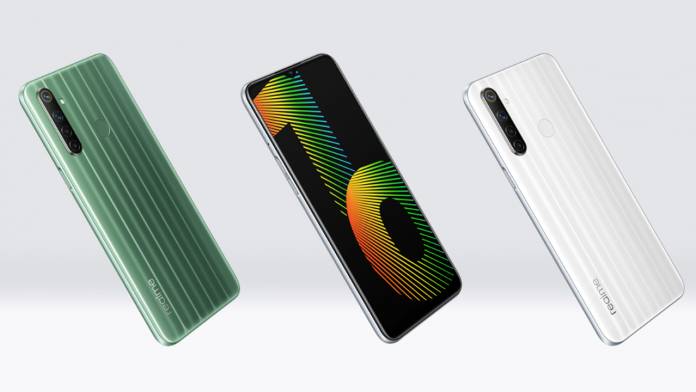 It was a long time coming but was being delayed owing to the nationwide lockdown. Now, Realme has finally launched the Narzo series, which includes the Narzo 10 and 10A phones in India. The budget smartphones were made official in an online event. The bigger brother Realme Narzo 10 is powered by a MediaTek G80 processor and has a quad-camera setup to entice the photography enthusiasts of the Generation Z.

Realme had to shit the launch dates of these phones from March a couple of times to eventually in May. The smartphone are ultimately unveiled and slated to go on sale in the coming days. Realme Narzo 10 will go on sale on May 18 for Rs 11,999 (approx. $160) while the Narzo 10A will retail for Rs 8,499 (approx. $115) when it is available from May 22. Both phones will be available through online retailer Flipkart and of course the Realme’s own India website.

Supporting a 6.5-inch HD+ display with Gorilla Glass, the phone features MediaTek Helio G80 processor clocked up to 2.0 GHz, which promises better image quality and more stable frame rate, posing the handset as a standout in the gaming department. The Narzo 10 runs Realme UI based on Android 10 and comes in 4GB RAM and 128GB internal storage capacity, expandable via microSD card.

Realme Narzo 10 is has a polycarbonate body and comes in That White and That Green color variants. For the optics, it has quad-camera module comprising a powerful 48MP main shooter, an 8MP ultra-wide sensor, and a pair of two 2MP depth and macro sensors. On the front, the phone will have a 16-megapixel selfie camera with AI beauty mode. What is really worth every buyer’s interest is the 5,000 mAh capacity battery in the Narzo 10. The smartphone also features 18W fast charging via USB Type-C port.

Similar to the Narzo 10, Narzo 10A also has a 6.5-inch HD+ display with Gorilla Glass top and comes in with a scratch-resistant polycarbonate body in So White and So Blue color options. The phone is powered by MediaTek Helio G70 processor and runs Realme UI on Android 10 out of the box. The Realme Narzo 10A will sell in 3GB RAM + 32GB storage and feature a triple-camera setup on the back.

This will comprise a 12MP primary shooter paired with 2MP micro and 2MP depth sensor. For selfies, there is a modest 5-megapixel camera. Just like the Narzo 10 the 10 also features a 5,000 mAh battery with 10W charging. Both the phones are 4G LTE compatible and have Bluetooth 5.0 and Wi-Fi for connectivity.