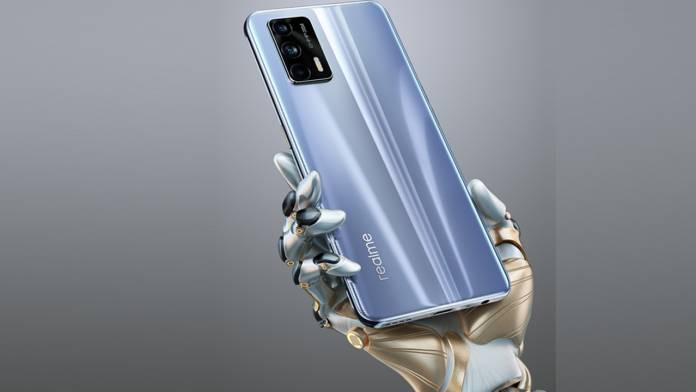 Benchmarking tests are the best way to gauge the performance of a device, but doping these tests has been a practice that’s put a question mark over manufacturers’ credibility. Realme and the popular benchmarking platform AnTuTu had a major disagreement over the scoring for the Realme X50 Pro smartphone, and now there is a similar issue that’s got the Realme GT banned from the benchmarking platform for three months.

According to AnTuTu, their own testing for the device couldn’t achieve the same results as the one claimed by the manufacturer for the said device. They waited for the device to go on sale, bought the 12/256GB variant, and then tested it for benchmarking scores.

The story began when Realme VP Xu Qi Chase announced Realme GT with a screenshot of the outrageous 770,221 score on AnTuTu. For reference, this is much higher than the average scored by Snapdragon 888 devices which maxes out at around 710,000.

Things seemed fishy as Qualcomm’s very own reference design only managed to touch 735,439. On the other hand, AnTuTu’s test unit of the Realme GT scored 750,000 with a couple of issues that were dug out in the testing.

The device was delaying the threads on the multithread test to get access to the fastest CPU cores. Also, the device modified reference JPG image (blocks rather than processing image verbatim ethically) for getting reduced processing times – thereby a higher score.

Realme has been given an ultimatum by AnTuTu for providing clarity as to why it happened, and make the changes in the phone’s software system to give a fair result. If that doesn’t happen Realme GT will be permanently banned from the platform!

To make sure that benchmarking tests cannot be worked around to dope users, AnTuTu has also said they are working on version 9 of the app. This will have advanced anti-cheating measures that’ll deduct the final score from the points that were found to be counterfeited.