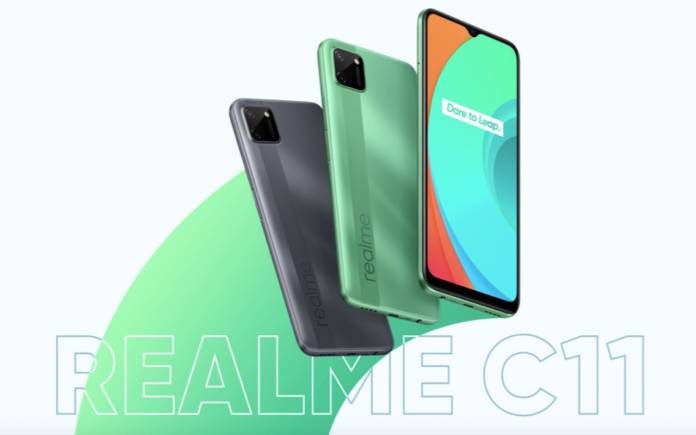 OPPO is on a roll. After introducing the new charging solutions, a new smartphone is also being shown off by its sub-brand Realme. The Realme C11 comes after the Realme X3 and X3 Super Zoom mid-rangers that launched in India last month. Actually, Realme has always been busy as it also just presented to the public the Realme Buds Q true wireless earbuds, Realme Buds Air, battery optimizations for the Realme Watch, and the Realme Smart TV. The latter was a first from the brand but we believe it won’t be the last.

The Realme 11 is the sub-brand’s latest affordable phone offering. It makes an impression with its large capacity 5000mAh battery so you know it can last the whole day. The device was also initially launched in Malaysia and India as another budget-friendly smartphone offering.

The phone is powered by a MediaTek Helio G35 octa-core processer and only 2GB of RAM. The built-in 32GB storage is expandable via a triple card slot (2 SIM + 1 MicroSD). There is a waterdrop notch for the selfie camera and very slim bezels. The chin is still obvious so the phone can’t be considered bezel-less.

Two color options are available. Choose between the Rich Green and Rich Grey variant. It will be sold in India beginning July 22, 12 noon. It will be available on the Realme website and Flipkart. Other offline retailers will also carry the smartphone. 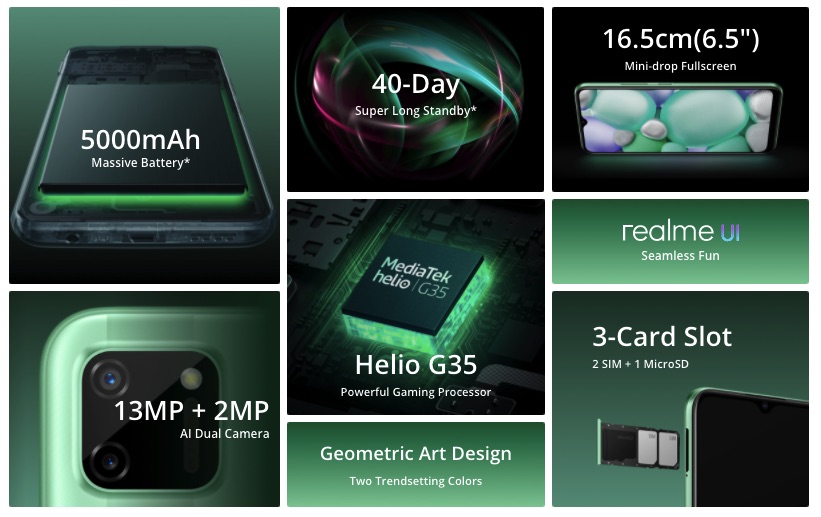 You can only add up to 256GB of extra storage via the expandable memory. There are also the usual connectivity options from 4G to Wi-Fi 802.11 b/g/n, Bluetooth 5.0, micro-USB, and GPS. The 3.5mm headphone jack is still there.