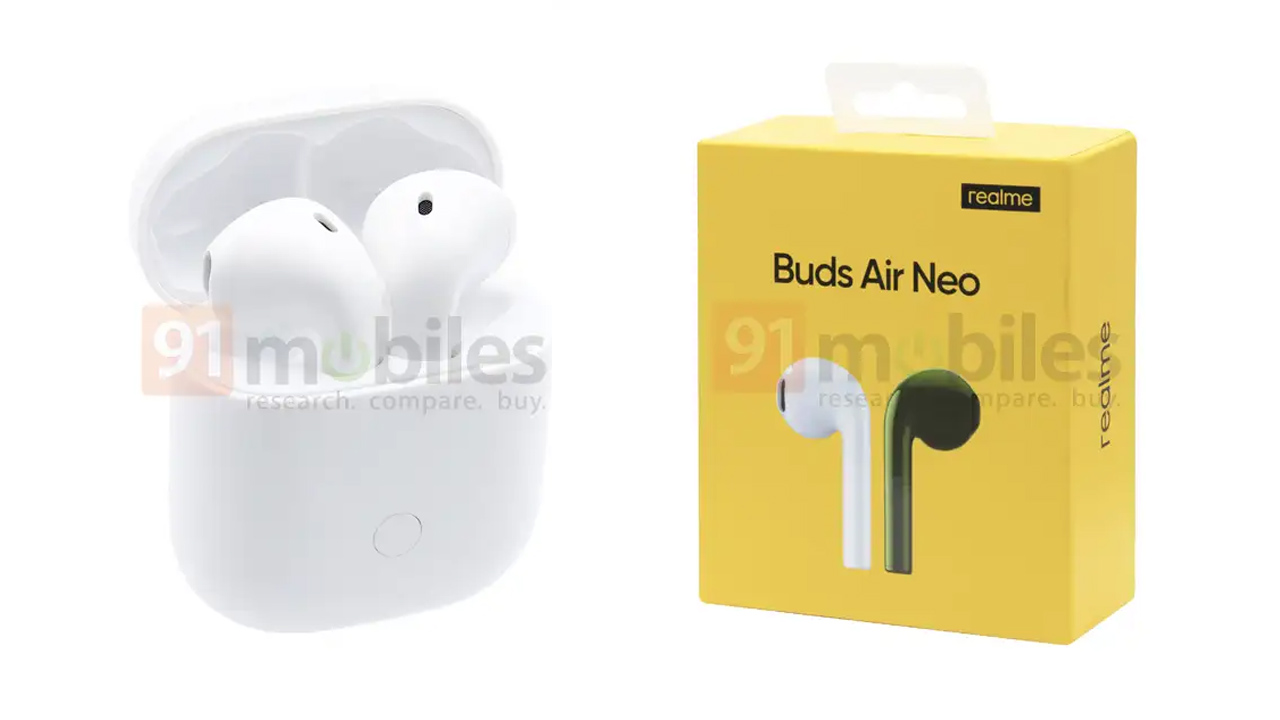 It has not been long since we first had a sneak-peak of the Realme Buds Air Neo on Taiwanese National Communication (NCC) in January. Now, there is a leak of the specifications and image renders which are in line with what was seen earlier. This comes courtesy 91Mobiles who’ve got their hands on these photos through an unrevealed source. The wireless earbuds share most of its design DNA with Buds Air and understandably so since it is their cheaper version for budget buyers.

There are pictures of the retail box (looks similar to that of Buds Air), the earbud charging case and the true-wireless earbuds of course. They look pretty similar to the Apple AirPods and one can’t help but notice the long stem and the pill-shaped design of the case. Even the pairing button and LED light to display charging status looks similar.

According to the source, these true wireless earbuds will be powered by the R1 chip and have Bluetooth 5.0 support. They’ll also have an optical sensor to detect the position of the buds inside the user’s ears. The sound should be good as there’s a 13mm driver inside the speaker. The listening time is said to be 17-hours, which should include the charging time inside the case. 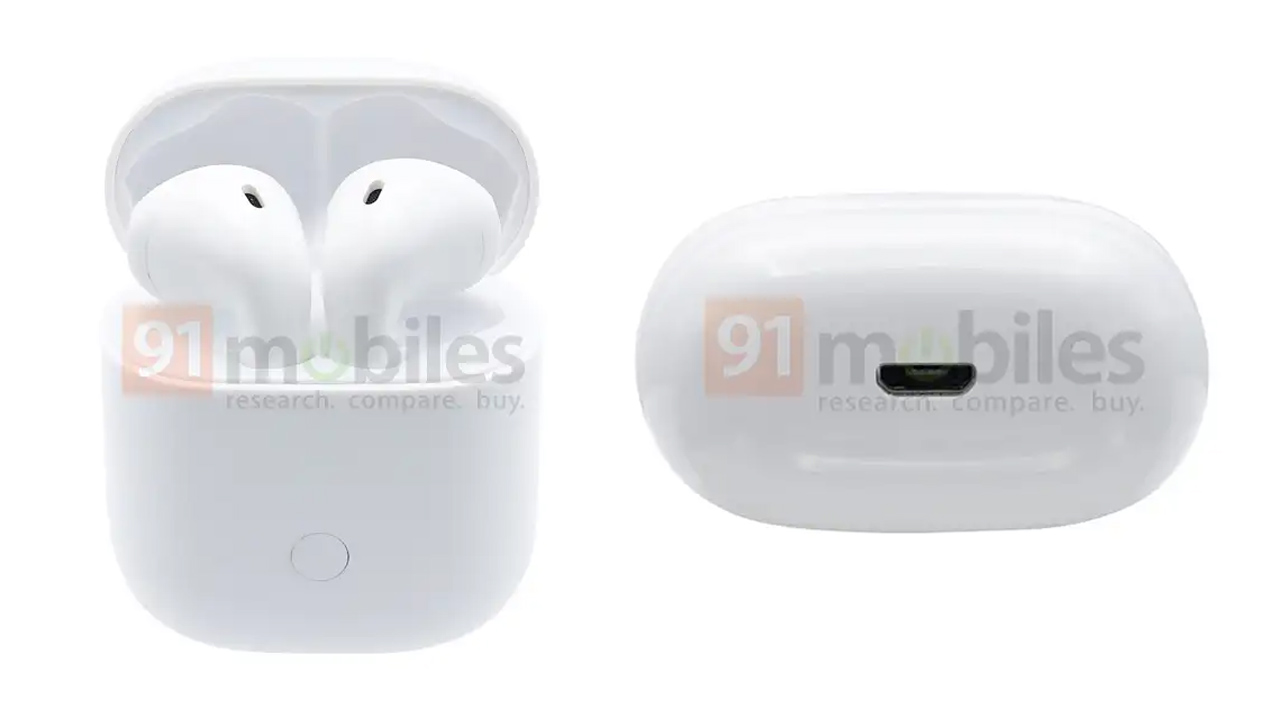 Buds Air Neo is going to have Micro-USB port but no wireless charging support to keep the pricing down. Talking of similar features, the buds will have Realme Game Mode that features reduced latency to improve the listening experience. The pricing of these wireless buds is not yet revealed and we’ll have to wait for that. There is also no word on the release date or any information regarding the markets where it will be sold.