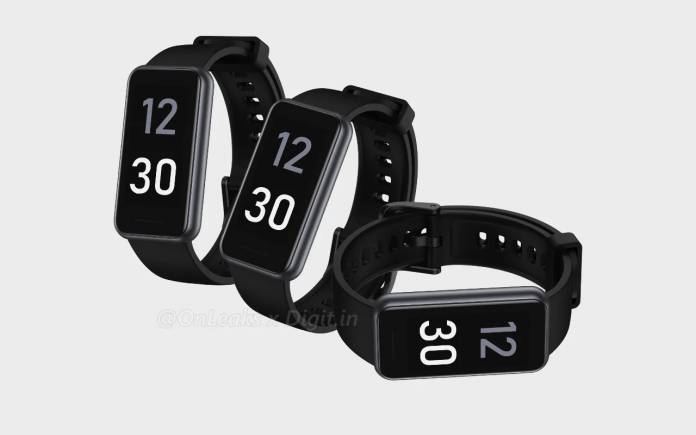 Apart from the Realme Pad, Realme may be introducing a new wearable device. It’s more of a health and fitness tracker more than a smartwatch. It’s a follow-up to the original Realme Band. It now comes with a different design. The device boasts a 1.4-inch screen. There is no final and official announcement yet but the Realme Band 2 is real and it’s coming with upgraded specs, features, and design. It’s only a budget fitness band but based on the images, it looks like a premium wearable device.

The first Realme Band competed with the Mi Band 5. Xiaomi is known to have ruled this segment for yer but Realme can still keep up with the brand. The latest we have are early image renders of the Realme Band 2 from OnLeaks.

The Realme Band 2 is demoed in a 360-degree video here. You can see the fitness tracker in almost all angles.

The upcoming Realme Band 2 looking really premium. It is meant to be just a health and fitness band but some will agree it looks like a smartwatch now probably because of the size. At some angles, it will probably remind you of an Apple Watch.

The Realme Band 2 may come with 1.4-inch screen. That is bigger than the previous 0.96-inch display. Now that means more information can be previewed on the display. It can also be assumed the device will have a touch-based or gesture-based user interface.