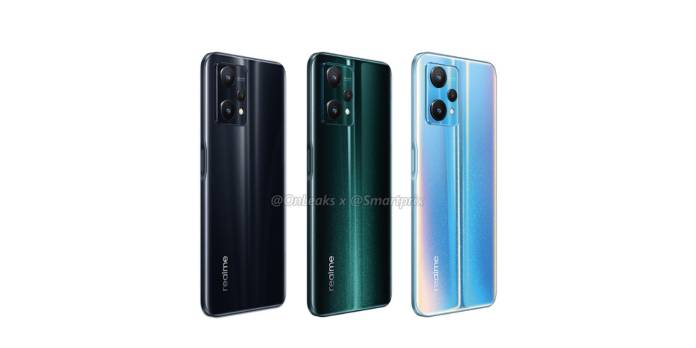 We still don’t have an official announcement for the new Realme smartphones but there’s no lack of leaked renders for the supposed upcoming two new devices. Once again, we’re getting renders of the Realme 9 Pro and the Realme 9 Pro+, this time focusing on the color options that will be released. It looks like the smartphones will be available in three options: the previously seen Midnight Black, and now two the other two renders, Aurora Green and Sunrise Blue.

Once again SmartPrix has partnered with OnLeaks to come up with the renders of the two upcoming smartphones. It seems like the same design and color will be available for the Realme 9 Pro and the Realme 9 Pro+. The difference would be in the specifications which we’ll compare later on. But the new renders are focusing more on the gradient colors that we’ll hopefully see in the two devices. There are “subtle” differences in the three colorways but all of them have that gradient feel with light and grainy patterns. 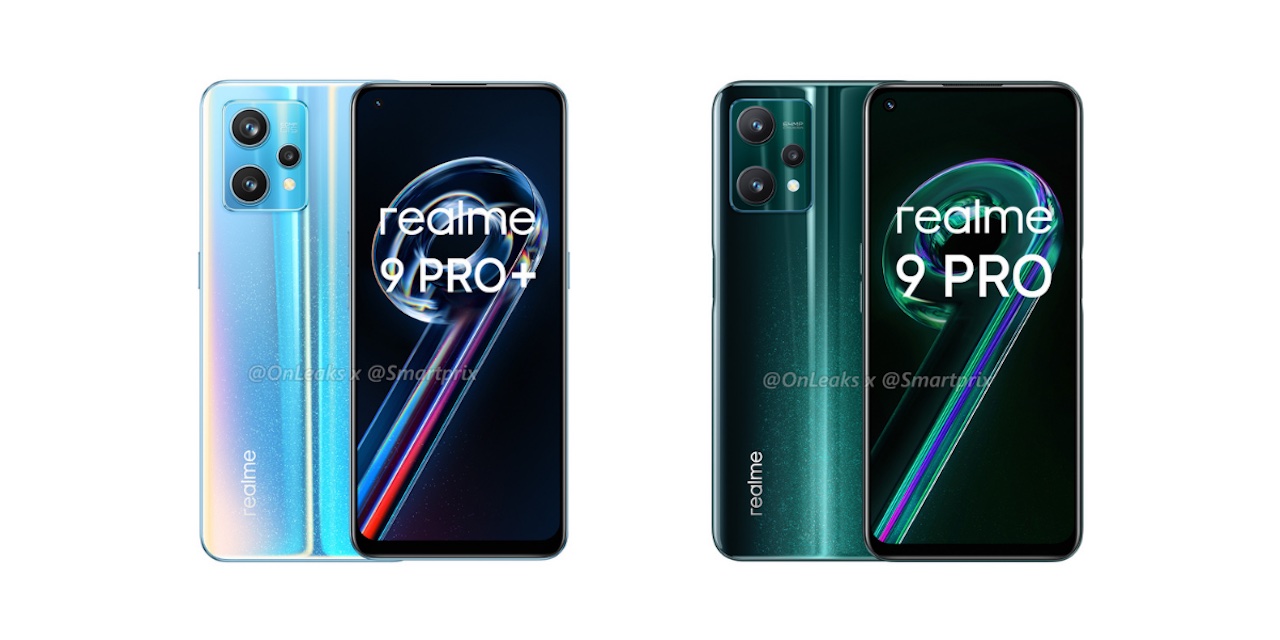 The new renders also give a side profile of the devices, whereas the previous ones showed only the front and back. This time around, we get an idea of how thick the smartphones will be as well as the buttons that will be included. We also see the camera bump for both the Realme 9 Pro and the Realme 9 Pro+ although that doesn’t really tell us much about the quality of the camera systems except that we’ll be getting a camera panel with three sensors.

As for the specs of the two smartphones, those have also been previously leaked. The Realme 9 Pro will come with a 6.59-inch display with an in-display fingerprint sensor. It will be powered by a Qualcomm Snapdragon 695 5G processor and will have either 6GB or 8GB RAM and 128GB storage. The triple main camera will have 64MP + 8MP + 2MP shooters while the front-facing camera will be at 16MP. It will come with a 5000 mAh battery.

Meanwhile, the Realme 9 Pro+ has a slightly smaller display with its 6.43-inch screen. The processor is a MediaTek Dimensity 920 5G while it will have 8GB RAM and 256GB internal storage. The rear cameras will come with 50MP + 8MP + 2MP shooters with a 16MP selfie camera. The battery is slightly lower at 4500 mAh. Of course all of these specs and renders are not official right now so let’s see how accurate they are when the announcement comes out soon.