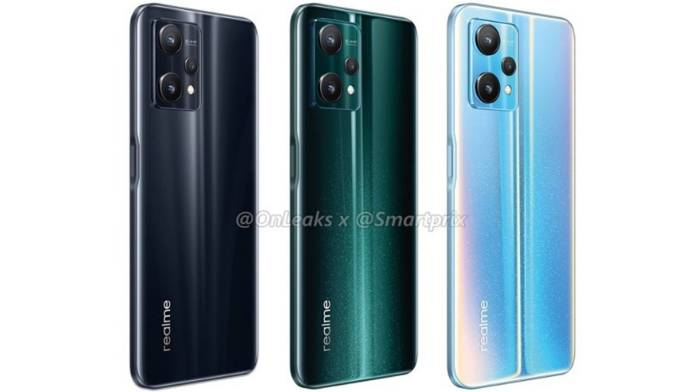 Realme 9 Pro and Pro+ 5G smartphone renders have leaked in the last few weeks giving us all a clearer picture of the mid-range devices. The series is slated to launch in multiple markets next month, and earlier we saw the look of the devices in leaked official images. Now the color variants and design of the upcoming phones in consequent leaks have surfaced, giving prospective buyers more insight into what’s coming their way.

The Realme 9 Pro and the more beefed-up Pro+ 5G have now been tipped for a very similar looking design and three colorways – Midnight Black (the one that was seen earlier), Aurora Green, and Sunrise Blue. The two new colors seen for the first time have a speckled look, and the three-color variants have an etched layer for a wavy feel.

Obviously, these color variants reveal more than just the hues of the two devices. They have a left aligned punch-hole selfie camera, an in-screen fingerprint sensor for the Pro+ variant, and a triple-camera module. If one looks closely, the Pro model has a side-mounted fingerprint reader. The Realme 9 Pro+ will have an OIS optimized 50MP camera, and the 9 Pro gets the 64MP sensor. 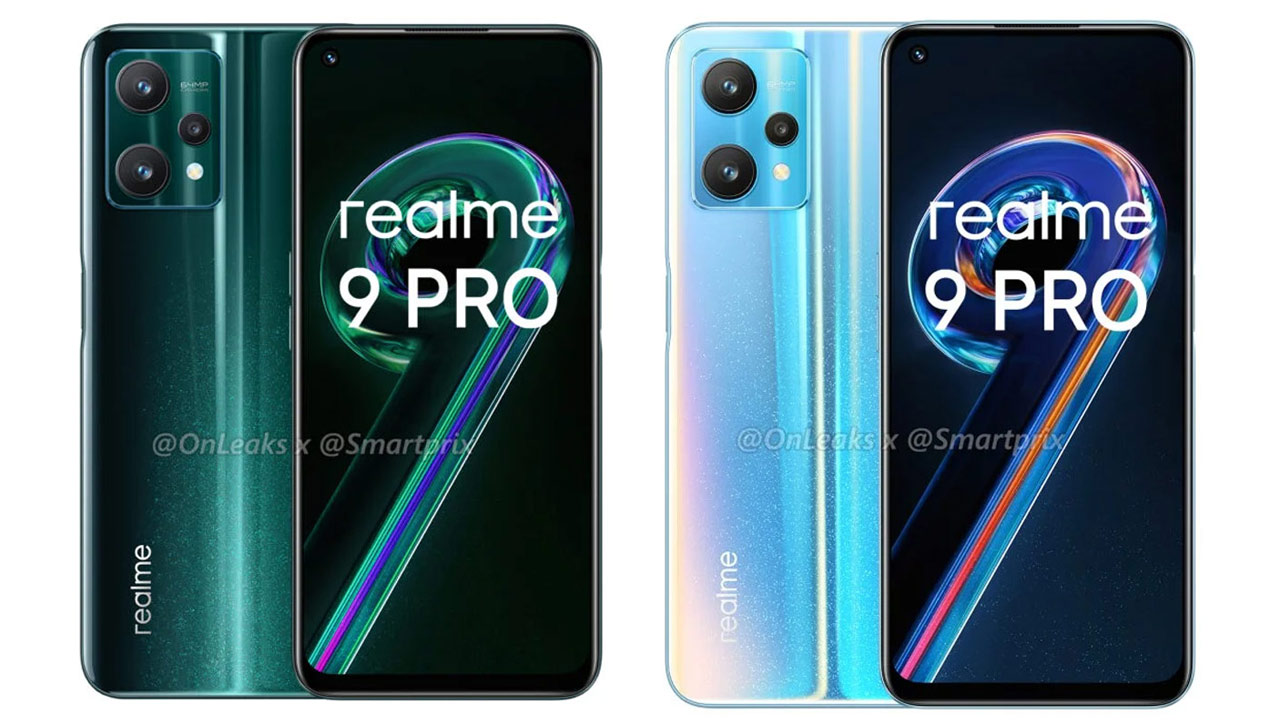 Other than this, the Realme 9 Pro will sport a 6.59-inch AMOLED FHD+ display with a 120Hz refresh rate. Other speculations confirm a Snapdragon 695 SoC-powered gut along with the 6GB RAM, 128GB storage, and 33W fast charging supported 5,000mAh battery.

Of course, more details of the Realme 9 Pro series are going to trickle in the coming days, and the launch date is also imminent. That said, these latest renders by SmartPix in collaboration with reliable tipster Steve Hemmerstoffer (aka. OnLeaks) can’t just be a fluke, and the final devices should look exactly as seen here.