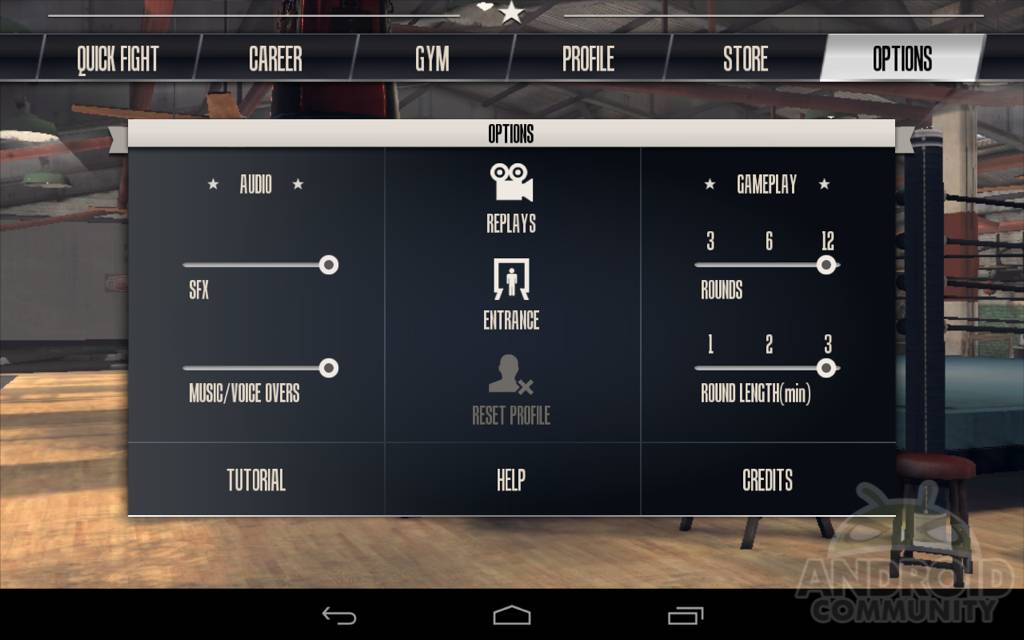 Many of you are probably familiar with the brand new boxing game for Android called Real Boxing, as NVIDIA’s been recently showing it off on their new Project SHIELD gaming device. However, today the stunning game has just landed on Android exclusively for Tegra devices. Get ready to float like a butterfly, and sting like a bee with this all-new game.

Real Boxing by Vivid Games is one of just a select few games for Android powered by the awesome Unreal Engine for mobile devices, and it shows. You’ll quickly notice an unparalleled level of details and lighting in the graphics, the rich and lifelike 3D environment, and much more. They even have added extensive ‘motion capture’ from real boxers for the most realistic gaming experience available.

You might have seen this game on iOS in the recent past, but thanks to the power of NVIDIA’s Tegra 3 quad-core processor the entire game has been overhauled and enhanced for Android and you’ll notice right away. Tegra 2 owners can enjoy it, but the graphics won’t be quite as detailed. The entire game is incredibly deep too. The career mode lets you change the entire look and feel of your boxer, and fight your way through the ranks to become the king of the ring. Before we get into what makes it worth the price, take a peek at our hands-on video below.

Impressive right? Sorry guys, I had to throw in the Manny Pacquiao comment just for fun. So back to the actual game, Real Boxing has a vast array of options making it quite the mobile game. Not only are the graphics amazing, but the sounds are too. The hits are realistic, even as the boxer hits the mat with a KO, and the immersive screaming fans and crowd is a nice touch.

There’s 20 different opponents you can fight, 30 different fights you can schedule, and 3 belts to win as you reach the top. Then there’s a gym for training with mini games including skipping rope, a heavy bag and even a mini bag to work on your speed and jab. Train hard and become the Champion! 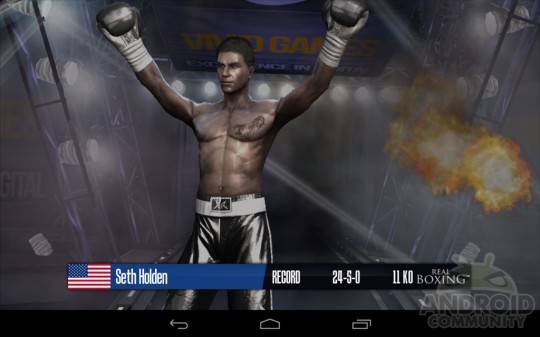 We’re actually extremely impressed with this game. It truly shows the power of the Tegra 3, as well as what mobile gaming can offer. Sadly the game isn’t as realistic as we’d like in terms of actual gameplay, but the graphics are as real as they get. You won’t be weaving in and out or forward and back dodging punches in real time, and instead just contextual buttons for dodge, protect, and then of course punches. Dodge a punch for improved stamina and power, then counter with a hook and knock out your opponent.

As the game gets deeper it gets hard, but so far I’ve been able to KO multiple fighters with 2-4 punches all in the first round. It needs to be a little harder and more realistic than that, or else I’m just a good boxer. Add in the option for head OR body shots, as well as a full multiplayer mode and this will be as good as it gets. For those interested you can get it today for $4.99 from the NVIDIA TegraZone, or the Play Store link below.