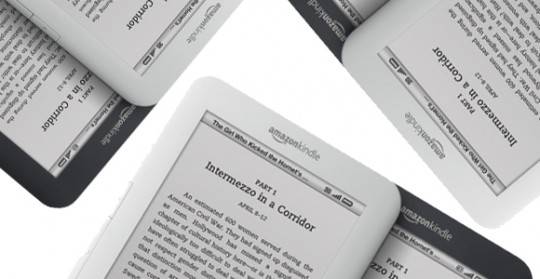 When it comes to reading, the choices are increasingly diverse. Print books are still alive and kicking, but eBooks are also popular. Though some prefer the romance of picking up an actual paper book, an increasing number of us are reading digitally. Even with eReading growing quickly, it still has a long way to go before actually killing off print entirely.

A new study shows that when it comes to reading in 2013, 69% of US citizens read a print book. A respectable 28% read an eBook, with 76% of us claiming to have read a book in any format. Given the breakout there, it seems there is about a 20% overlap where readers just want to read. The research was done between January 2-5 of this year, and surveyed 1,005 adults in the US. 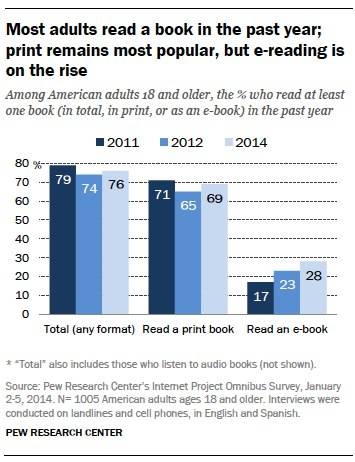 The overall numbers hold fairly steady year-to-year, but electronic reading is steadily growing in popularity. Of those surveyed, only 4% admit to going totally electronic. With the advent of devices like the Kindle, eReading has gained quite a bit in popularity. Where it really finds utility is in apps — like the Kindle — which span devices, and allow users to pick up where they left off on another device.

Though not living up to the prophecy that eBooks will kill paper off entirely, there is a change of both attitudes and delivery. Recently, Amazon offered users the option to switch their purchased paper books to Kindle editions free, or at a discount. Apps and ecosystems like Kindle’s serve a purpose a book never can, and that’s tying you into their ecosystem.
VIA: The Next Web