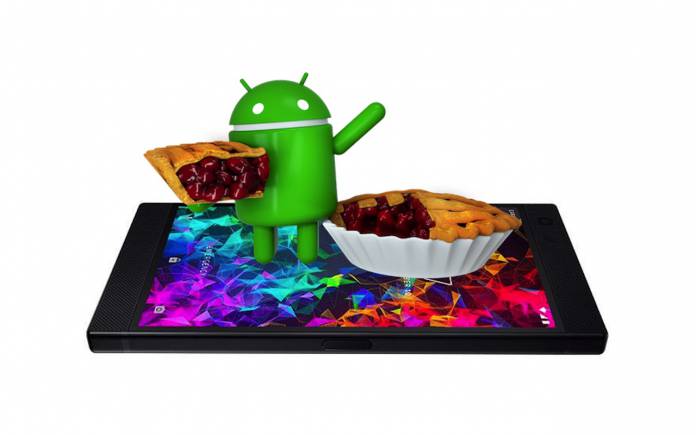 The Razer Phone 2 may not be far different from the original Razer Phone but it is a worthy upgrade. If you want a gaming phone, we recommend this one especially if you can spend hours on mobile gaming. The device is finally getting a slice of the Android 9 Pie from Google. You see, serving of the Pie has been slow for many smartphones but we can expect more rollouts will happen this 2019–and just before Android Q is announced and officially released.

Android Pie for the Razer Phone 2 will be out next week. Some units may already run on Android 9.0 but not all Pie features are available. Watch out for the OTA notification or check your settings manually.

You can expect some changes like a few animations on Android Pie, at least, on the Razer Phone 2. The 120Hz display may be a delight to try now so make sure you check it out.

The Pie for Razer Phone 2 is good news but the company is going through some not so good things. For one, the Razer Game Store is closing. Now, we’re hearing layoffs of at least two percent of all employees.

All these moves are part of Razer’s company realignment plans. Mainly targeted are those in the phone division and marketing. We have no numbers right now but we’re wishing for a better fate for Razer. Rumor has it there may not be a Razer Phone 3 in the future.

When asked for a comment, here’s what a Razer representative said:

Razer has made changes to realign our organization and strengthen our path to growth. We will centralize our resources to focus on key projects and improve our profitability. As part of the realignment, we shut down several projects and unfortunately had to part ways with about 30 employees (about 2% of our total workforce). Other employees of the affected projects will be moved to different parts of Razer to work on other key focus projects and initiatives which will continue to scale and hire.

So that’s being honest. We feel for the laid off employees but at this point, it is best for Razer to focus on marketing, promotion, and improving the customer service.