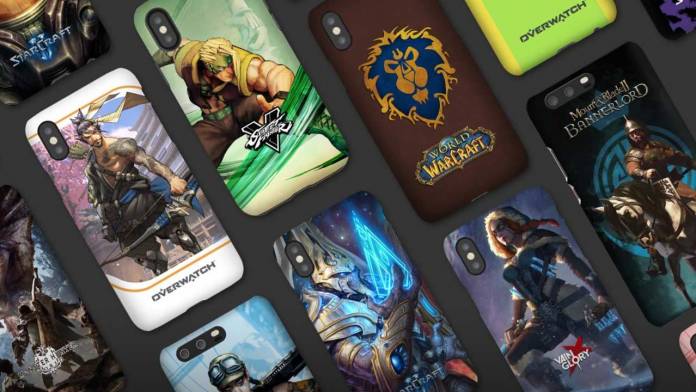 You would think that when an OEM launches a service that would create custom accessories for smartphones that they would include their own device. But somehow, for the “leading global lifestyle brand for gamers” that is Razer, that isn’t the case. They have announced Razer Customs which creates exclusive case designs for smartphones but missing in their initial list of devices is their own Razer Phone or Razer Phone II. They did say they were working on adding the two to the list of supported devices.

Razer has several lines of businesses, including smartphones and now the recently announced exclusive case designs. It looks like the way they do business is that one doesn’t necessarily have anything to do with the other. The initial launch of Razer Customs supports phones from Samsung, Google, Huawei, and iPhone but not their Razer Phone or Razer Phone II. They may have chosen newer devices but they also have two devices released back in 2017.

When asked about why this is, they just said they are working on adding more models like their own two devices to the list of Razer Customs-supported phone models. “We will share more news when we are ready,” said a representative from Razer. It’s a weird way to have a business practice like that but hey, companies like Google have weird inter-product things going on in there, so who are we to judge?

As for Razer Customs itself, they will be selling cases in two categories, Lite or Tough. They will have designs that are officially licensed from gaming properties and also some custom text/personalization options. Some of the phones supported in the initial release include Samsung Galaxy S10 and S10 Plus, Google Pixel 2 XL, and Huawei P10 Plus, as well as some Apple phones.

The Lite cases will cost $39.99 while the Tough cases are priced at $49.99. You can now avail of these Razer Customs from the official site.