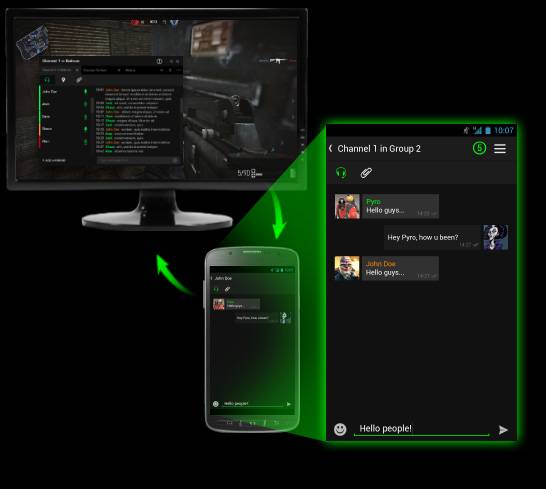 If you’ve ever had that sinking feeling of being left out just because you had to temporarily leave an intense multiplayer gaming session or team bonding, then Razer might have just the app for that. Razer’s Comms VoIP service now has an Android app that will help you keep on talking to your friends and teammates even when you’re not really there.

In effect, Razer Comms for Android turns your phone or tablet into an extension of the Comms desktop client for Windows. This will allow users to continue chatting in-game, whether via voice or text, even when they’re away from the computer. This is a feature that other popular game-oriented VoIP solutions, such as Steam, TeamSpeak, or Ventrillo, currently do not have. Even while you’re actually gaming, you can use the Android app as your dedicated messaging device in order to avoid switching windows and breaking your flow. 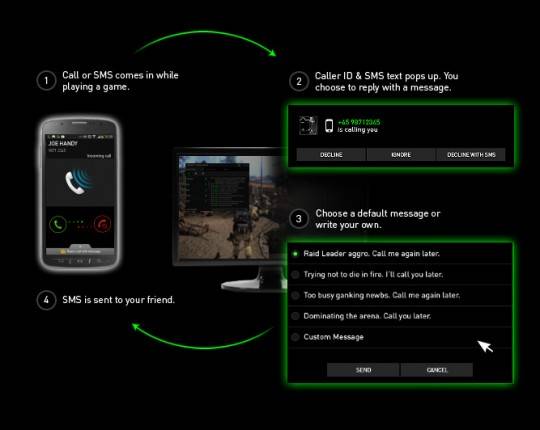 What’s more, the connection between the Windows client and the Android app is actually a two-way street. Once you’re back in front of your gaming rig, you can respond to incoming calls and messages from your Android device right then and there on your computer. Calls can be declined, ignored, or declined with a message. Messages, on the other hand, can be handled with a custom message or one of the humorous predefined replies. Here’s some rather geeky gamer humor from Razer to advertise the new app.

The Razer Comms app for Android is available for free and doesn’t have much of a requirement other than Android 4.0 and later. Of course, one needs to have a Razer Comms account and the Windows client installed on their PC, both of which are also free.