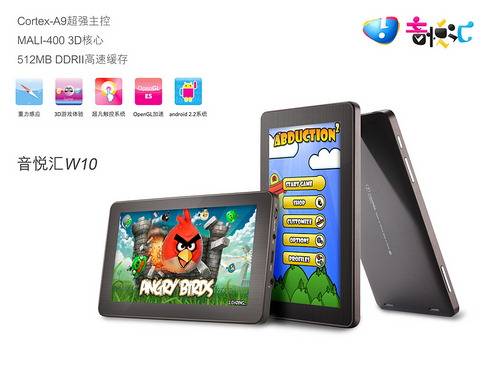 Ramos has teased three new tablets set to make their debut at CES 2011 next week, one of which will use Rockchip’s new RK2918 SoC which we saw benchmarked earlier this week. The Ramos W15 has an 8-inch “high resolution” 16:9 aspect display and the new RK2918 ARM Cortex-A8 based processor, while the Ramos W12 makes do with the Cortex-A9 SoC and Mali 400 GPU, and has a 4:3 aspect 8-inch capacitive touchscreen.

Finally, there’s the Ramos W10, with the same Cortex-A9 as the W12, paired with 512MB of RAM and ROM, WiFi, Bluetooth, a gravity sensor and Android 2.2. No word on pricing at this stage.