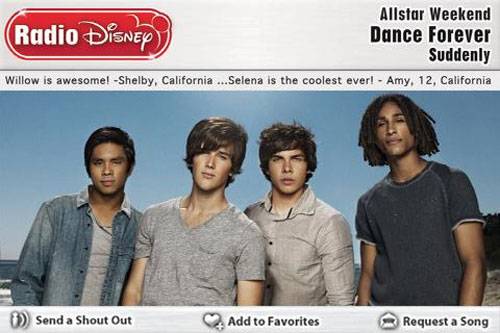 If you have kids that use your Android phone or have their own Android phones that want to be able to listen to music on the smartphone there are lots of mobile music apps out there. If you want to know for sure the music they are listening too doesn’t have questionable content or lyrics, Radio Disney might be a good option for you.

The official app for Radio Disney has landed on the Android Market to be downloaded and lets fans of the station have more interactivity. The app allows the user to listen to Radio Disney 24/7 from anywhere, so you don’t need a local Radio Disney station.