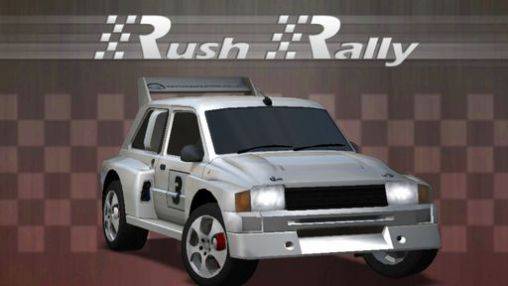 If you’re one of those frustrated drivers who really wanted to be competitive NASCAR racers someday, then it’s a good thing that there are a lot of mobile games out there to take out your frustrations on (and not on an actual highway or something). One of the newest games on the block is called Rush Rally, and it will give you all the rush of competing in a rally, with a retro feel as well.

The game actually gives you a realistic and physics-based rally racing, but makes it more fun and more challenging as well. You get to race across all terrains and at all times, whether it’s racing at night or racing through the rain and snow. There are 72 tracks with varying surfaces (snow, gravel, tarmac, sand) and level of difficulty. There is also a Rally Cross mode where you race through 36 tracks, all the while trying to beat highly competitive opponents.

One of the fun things about playing mobile racing games is that you get to customize your car with a variety of options that you can change whenever you feel like it (or whenever something gets destroyed). Anyone can play the game, from newbies to experts, from young ones to the (slightly) older ones because the game has four difficulty settings. And because it’s optimized for touch devices, it’s easy to learn the intuitive controls.

If you’re feeling competitive (as all racing enthusiasts are), you can connect the game to your Facebook account and race against people you actually know. You can download Rush Rally for free from the Google Play Store, but it comes with in-app purchases as well.