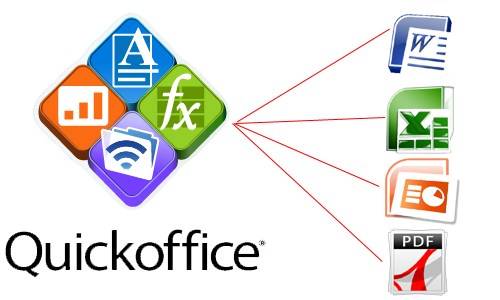 After the announcement of the integration of Quickoffice into Google Docs during the I/O conference, Google has now said that it will not be available anymore as a native app in the Google Play Store starting in the next few weeks. Those who have already installed Quickoffice into their Android devices will still be able to access it, but new users will not be able to search for it on the Play Store.

Google acquired the popular app two years ago, mostly due to its ability to convert documents into different office file formats. Now that they have fully integrated it into Google Apps in the latest version of Chrome, users can now edit documents that are natively from the Microsoft Office formats through Google Apps and then send it back in its original format, be it Word, Excel or Powerpoint. Gone are the days when you would need to convert Word into Google doc then back to Word again. Google has said that the Quickoffice will still be there if you installed it, but there will be no more new features or updates.

One reason for the integration and the removal of the native app may be because Google wants to convert more people into switching from the more expensive Microsoft Office into the relatively free Google app suite and even to the OS Chrome. Users have long been used to the windows infrastructure that Microsoft has lorded over us in the past decades and conversion and adaptability to Microsoft Office is usually the first consideration for people when they look at document apps from other platforms. 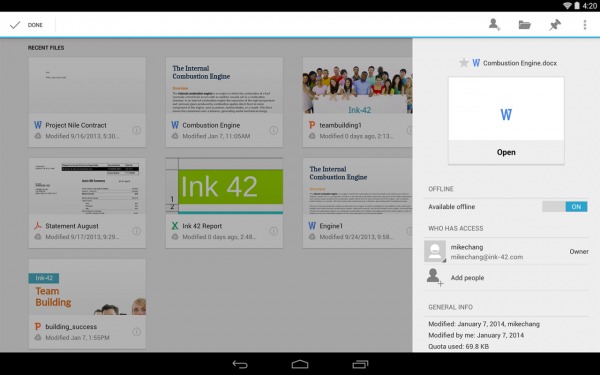 Google’s plan is paying off as they also announced they currently have 190 million 30-day active users and that there have been a lot of businesses, schools, establishments that have been switching to the Google set-up on the Chrome OS. Google has also recently introduced Drive for Work, where businesses can have added security encryption, unlimited cloud storage and up to 5 TB files upload at $10 per user per month.