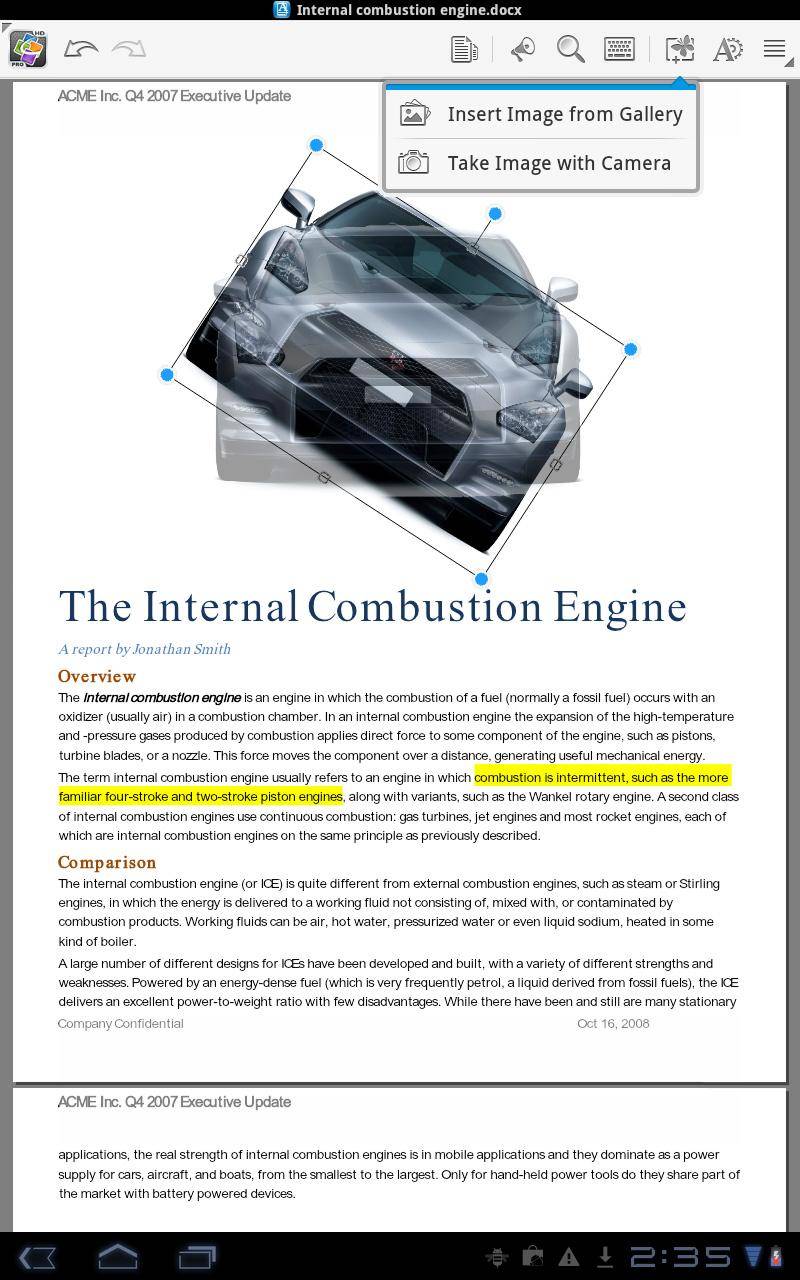 One of the most popular office suites on Android is getting a major update today, with some considerable new features. QuickOffice Pro and its tablet version QuickOffice Pro HD get updated to version 5, with a slew of improvements we covered earlier. Among the most important is support for Microsoft’s often frustrating Office 2010 standard.

QuickOffice PRo can now view, edit and save Word, Excel and Powerpoint documents, including DOCX, XLSX and PPTX files. It can also view (but not edit) PDF documents. The new version also adds a ton of cloud connectivity features, allowing you to access files on Google Docs, Dropbox, Evernote, MobileMe and other syncing services, making it a handy tool for the connected office worker on the go. Other interesting additions include ZIP file support, and an updated interface on smartphones and Honeycomb tablets.

QuickOffice is $9.99 for the smartphone version and $14.99 for the tablet version – definitely not cheap, especially when compared to the free Google Docs. But for the expended functionality you receive, it’s not too expensive, and it’s in line with competitors like DocumentsToGo. If you’re not convinced, you can always try free version for seven days. You can download QuickOffice Pro and QuickOfficePro HD in the Android Market now.