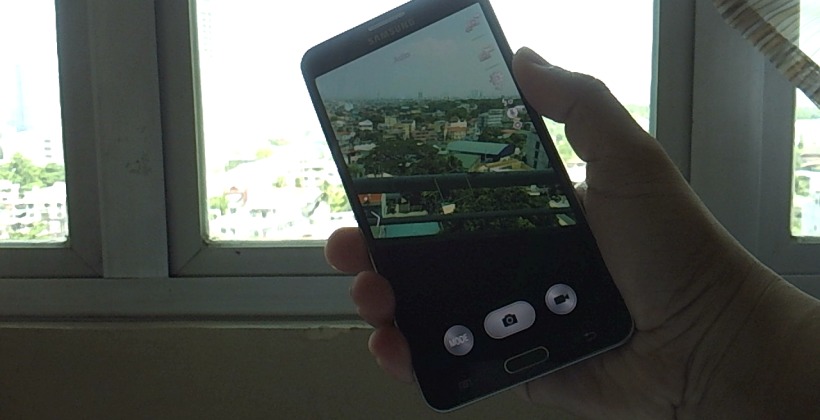 If you’ve fallen in love with the Moto X‘s features but can’t part ways with your trusted smartphone, then there are various apps available that try to emulate that experience. One of the missing puzzles is now available in the form QuickCamera, an app that will launch your immediately camera app with a simple twisting motion.

The Motorola Moto X launched with a variety of features that either didn’t require any touch interaction or just need the bare minimum. One of these is the camera gesture that launches the camera by quickly twisting your wrist twice while holding the phone upright. The advantage of this somewhat strange, and sometimes tiring, gesture is that it will launch the camera no matter what you’re currently doing on the phone, even if the phone is locked.

With QuickCamera, this feature can now be enjoyed on any Android device with an accelerometer and is running Android 4.0 or higher. The feature works exactly the same, except that now there is an app that runs in the background, which you can start or stop at any time. The app also adds some settings that allow users to set the motion threshold for triggering the action, which sensor type is used for accuracy and, perhaps most important, an option to employ the proximity sensor to prevent activation when inside a pocket or bag.

QuickCamera is still in alpha status and it sometimes shows, with the app sometimes missing gestures or sometimes activating with a single flick. The author, however, is actively developing it and even released the app as open source. Planned features include using the gyroscope as well in order to increase accuracy, lower battery consumption, and better detection of the default camera app. The app is still not available for the public, but interested users can get access to it by joining the Google+ community to sign up for testing the app.