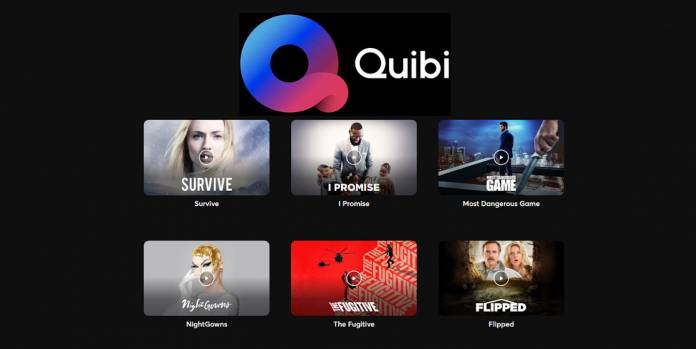 Launching a new streaming service during the beginning or in the midst of a pandemic had a 50-50 chance of succeeding or failing. Despite powerhouse names behind it and in front of your screen, it looks like Quibi is part of the latter. Jeffrey Katzenberg and Meg Whitman has written an open letter to employees, investors, and partners, announcing that the short-form streaming service is shutting down after they have exhausted all efforts to keep the business afloat.

When Quibi launched six months ago the idea of a mobile-only short-form video streaming service already seemed like a tough prospect. And while it did have star power in some of its content, there never was a show that broke out or went viral. It was also a source of concern when after the three-month free trial, not a lot of those who signed up continued to be paying subscribers. Some said it was only a matter of time before it eventually shut down but we didn’t expect them to throw in the towel this early.

In the open letter, they said that their lack of success may have been either because the idea of Quibi itself wasn’t strong enough to justify creating a standalone streaming service or because they had bad timing. They admitted it may probably be a combination of both but they’ll never know. So the status right now is they will be “winding down the business” but will still look to sell the content and technological assets. Rumors are flying that they’ll get one of the already existing streaming services to carry the content but there are no final deals in place.

When Quibi launched last April, they had two subscription plans: a $4.99 with ads and an ad-free $7.99 per month plan. It was mobile-only and users could choose to watch it in portrait or landscape as they filmed and edited it in both formats. They only just recently launched apps for smart TVs but that will become practically useless now that they’ve announced they will be shutting down soon.

As for the next steps, Quibi didn’t specify it in the open letter but we can expect more news in the next few days. Subscribers should be receiving the notice soon which may include a timeline as to until when they can access the content.