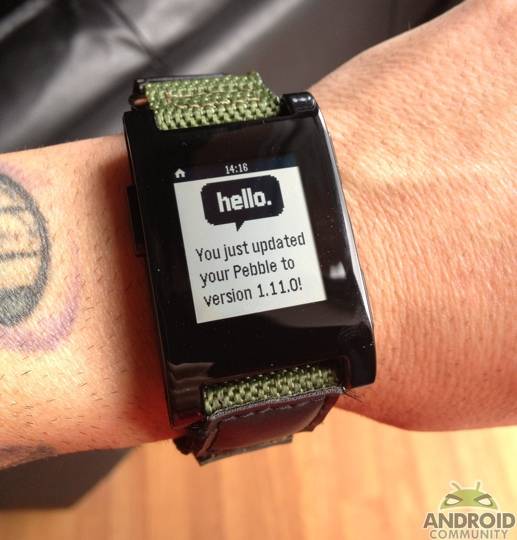 Google Glass might be the most notable piece of wearable technology to consumers’ eye (get it?), but smartwatches are more prevalent, with several companies reportedly moving towards developing their own device following the runaway success of the Pebble, which is featured below. Now it looks like Qualcomm is getting into the market with a smartwatch patent discovered for a device called TOQ.

The revelation comes from a patent Qualcomm filed on June 26th with the United States Patent and Trademark Office for a device called TOQ, which is listed in the filing as a “personal communication hub in the form of a wristwatch; portable electronic devices for transmitting and reviewing test, data, image, and audio files; hands free for mobile phones; battery chargers.”

In essence, it sounds exactly like a smartwatch. Looking through the patent, there isn’t anything that stands out too readily, with a relative lack of details that would give us an idea of what the watch in particular will offer that sets it apart from others. It is a big indicator that Qualcomm will be getting into the smartwatch market, however, with a couple possibilities on how that will take place.

While it is possible that Qualcomm plans to produce a smartwatch that will be sold at the consumer level, it is more likely that the company will be entering into the manufacturing aspects of the market, and this smartwatch will be used to harbor the chipsets made by Qualcomm, being sent to vendors and such to showcase the hardware.

The patent doesn’t indicate which is the case, however, and we’ll have to wait for something more tangible to surface before we know for sure. There are some exciting possibilities – if this is a piece intended for shipping around to vendors, we may very well see a smartwatch surface that pushes the limits of what current smartwatches are capable of.