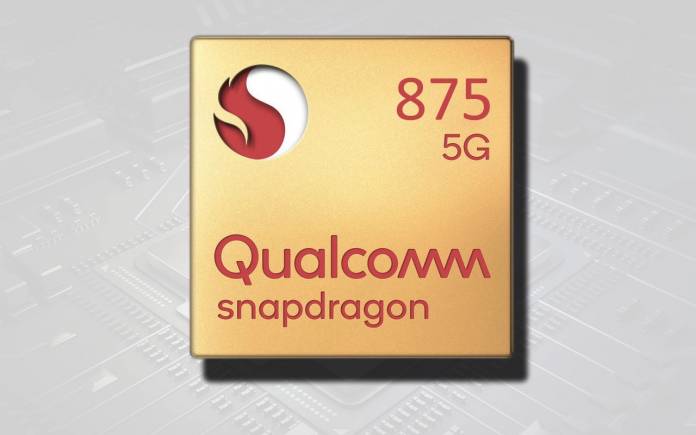 It’s been only a week since the Qualcomm Snapdragon 865 Plus 5G chipset was introduced for premium flagships. It follows the Snapdragon 865 that is now found on some premium flagship devices. Next in line is the Snapdragon 875G as shown in a roadmap recently leaked on Weibo. It’s something we know will happen but what is more interesting is the idea it will be made on the next-gen 5nm EUV Node by Samsung. The next SoC is expected to be revealed in the fourth quarter, just before 2020 ends.

It is possible the Snapdragon 875 will arrive with a Snapdragon 875G. The latter will be the variant with 5G support and upgraded performance. The mention of Samsung is a bit surprising because we heard previously Qualcomm would be going back to TSMC.

Aside from the Snapdragon 875 and Snapdragon 875G, we also heard the idea Snapdragon X60 would be coming from Samsung. The chipsets are not yet confirmed but there is no need for us to doubt. It’s only a matter of time before Qualcomm announces the next-gen flagship chipsets. It will be interesting to find out if the two will be unveiled at the same time.

Qualcomm may be working with both Samsung and TSMC. That is a possibility if Qualcomm wants to keep the prices down especially for the Snapdragon 875G. Rumor has it the Snapdragon 875G along would cost $250 so we can imagine more expective smartphones in 2021. But then there is a call to come up with phones that are affordable as the Chinese OEM continues to release “affordable flagship phones” with almost premium specs.

Qualcomm still has the 2020 Snapdragon Summit. It could be a virtual or online-only event. It actually doesn’t matter as long as newer and faster chipsets are introduced at more affordable prices.