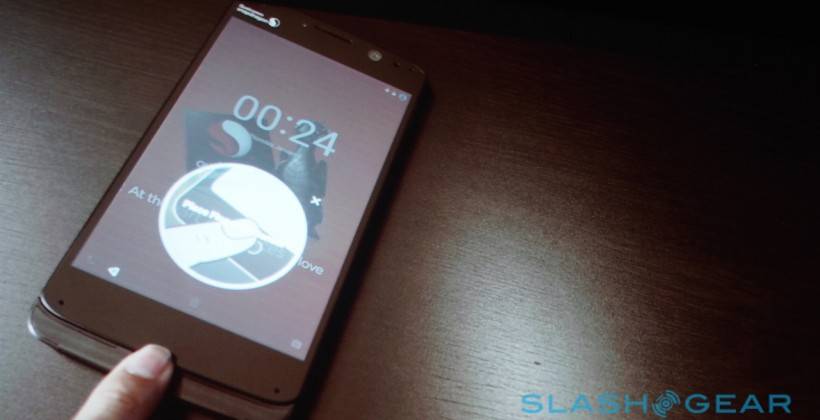 At the Mobile World Congress 2015, Qualcomm has brought a few announcements and a few teases as well as to what to expect from the tech company in the next few months. They’re launching a new biometric sensor that will rival those already existing in the market, like in the newly-launched Samsung Galaxy S6. They also gave a preview of the next Snapdragon, which will be coming to a smartphone near you by 2016.

The Sense ID 3D Fingerprint Technology is different from the current sensors because it may not require a direct point of contact for your fingertip and can even see through other “obstructions” like sweat, hand lotion, grease, and other things that might confuse the sensors. It traces the ridges and other distinguishing features of your fingertip through ultrasonic mapping and is more accurate since it can even touch on the ridges and sweat pores. It can also mean that OEMs can even integrate the sensor in the phone’s casing or on a smartwatch. Aside from replacing passwords and PINs, this can also be used eventually on websites and apps since it is compatible with the Fast Identity Online (FIDO) Alliance Universal Authentication Framework (UAF) specification.

Meanwhile, even as the Snapdragon 810 is a fairly new thing, Qualcomm has teased the audience at the MWC 2015 a bit about the next big one, which will be the Snapdragon 820. They revealed that it will be using a custom-designed Kryo core and they will be building in a 64-bit CPU on the FinFET process node. If you’re reading this and all you can see is letters that don’t make sense, here’s the lowdown: it’s a node that will enable makers to create smaller chips because it stacks them in 3D configurations.

The Sense ID 3D Fingerprint Technology will be pushed together with Snapdragon 810 and Snapdragon 425 and they expect that it will eventually show up in several devices (OEMs unknown) by the second half of this year. Meanwhile, Snapdragon 820 will most probably be part of devices that will come out by 2016.