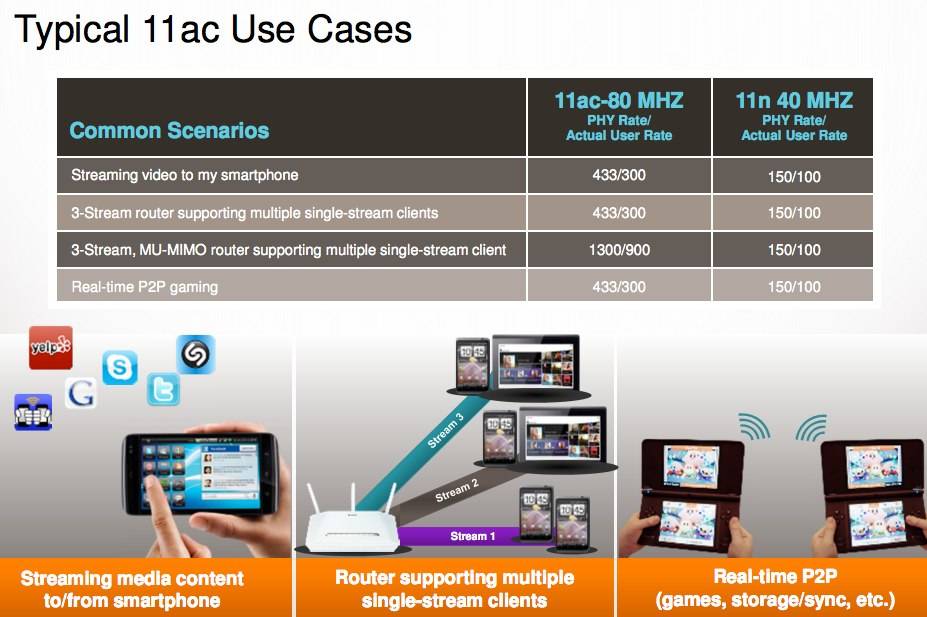 Qualcomm reckons Android smartphone users could see 3x the wireless performance once handsets make the jump to 802.11ac WiFi, the company claims, thanks to improvements in speed, range and power consumption. That’s one of the boasts around the new line-up of Qualcomm Atheros 802.11ac “gigabit wireless” devices, including the WCN3680 combination 11ac/Bluetooth 4.0/FM chipset that’s intended to be used with the potent Snapdragon S4 MSM8960.

Because smartphones and tablets will be able to fire off data at faster rates, Qualcomm tells us, they’ll be able to shut down their radios sooner and save on battery life. Whereas current 11n devices get around 70-80Mbps in the real-world, those using 11ac should see more like 300Mbps. 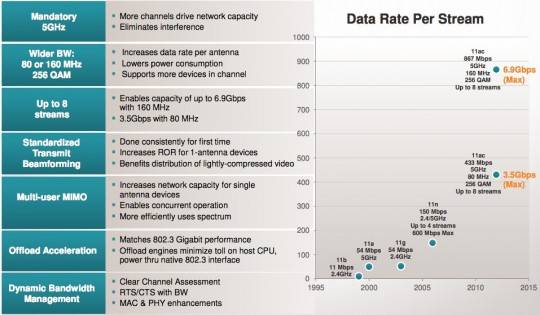 The real speed will be seen in router and computing applications, however, where multiple antennas will combine to squirt data over 5GHz spectrum at up to 6.9Gbps. Eventually, Multi-User MIMO will be implemented, a system that can concurrently connect to up to eight wireless clients rather than serving them data sequentially, as well as ensuring faster throughput at the very edges of coverage.

The first 802.11ac kit should start showing up in early 2013, with the WiFi Alliance beginning to accept hardware for certification from February that year. There’s more information on 11ac over at SlashGear, and we’ll be going hands-on with Atheros 11ac at MWC 2012 next week.