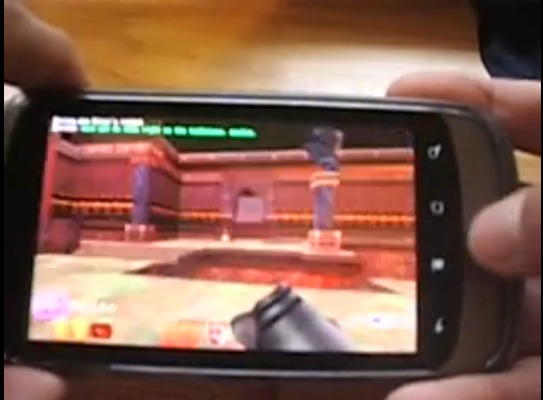 First it was Doom and now its quake’s turn. Quake 3 has been ported to the Nexus One. This game has actually been around for awhile, we’ve seen it on the Droid, and it has now made its way to the Nexus.

This game has been renamed to Kwaak 3 but when you start it up, it’s full on Quake 3. This game would’ve made its way to the Nexus sooner but unlike the Droid the Nexus doesn’t have physical keys. That hurdled has been jumped and now the game is fully functional. This game uses the volume rocker and the trackball for controls, it’s not ideal but it does get the job done.