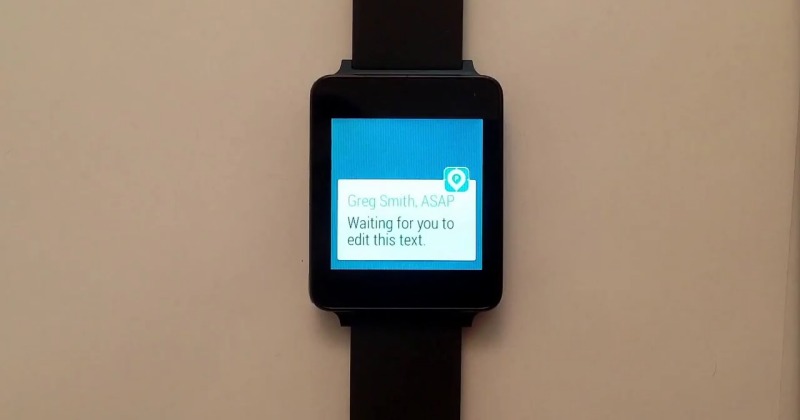 Even in this digital age, where people almost have their faces glued to their smartphone or tablet screens, it is still possible, or even convenient, to miss a pending task notification or email. Smartwatches, however, can now make sure that you are always up to date and up to task with notifications, and collaborative task management Pyrus is the first app of its kind to jump into the Android Wear scene.

Todo apps, even collaborative ones, are aplenty on Android. Pyrus, however, prides itself in scalability, being able to handle a group of two up to, and this might sound almost too good to believe, 7,000 people all at once. Pyrus also specializes in workflows that involve approving documents, proposals, budgets, ideas, and whatnot, even including features such as browsing the revision history of a document to see what has changed and what needs to be approved or rejected. Unsurprisingly, Pyrus has a mobile presence on all major platforms, including Windows Phone, but now it is extending its reach from your hand to your wrist.

Given the relative youth of the platform, Pyrus boldly claims to be the first productivity-focused app on Android Wear, at least if you exclude the platform’s integration with Google’s own Calendar, Tasks, and (Google Now) Reminders services, or even Wunderlist and Trello. We can concede that Pyrus is the first collaborative app on Android Wear that lets you respond, approve or reject, and complete tasks right on your watch. New tasks that arrive on your Pyrus inbox are sent over to your LG G Watch or Samsung Gear Live as the usual Android Wear notification. What you do with that notification depends on how you want to proceed with the task. If you want to delay it for later, simply swipe it away. You can view the full content of the task right from your watch or, if you have the time and space, open it up on your paired smartphone directly. If the task is something that needs approval, you can do so right then and there, presuming you already know what you’re approving or rejecting. And finally, if the task requires a response, you can send a reply. Given that Android Wear does not favor keyboards in any form, you will be required to dictate your reply, which may be awkward in certain situations.

The Pyrus app, both on Android and, as of today, on Android Wear, is available for free on Google Play Store. However, the service itself is offered in tiers. For a maximum of 12 users, you can get access to Pyrus’ features, including 100 GB of storage, for free. More than that, you will need cough up a monthly fee, starting at $50 for 15 users tops. Although Pyrus’ time in the spotlight will most likely be short-lived now that the cat is out of the bag, it will remain a shining example of the hopefully productive things you can accomplish when Android Wear’s got your back, or to be precise, your wrist.