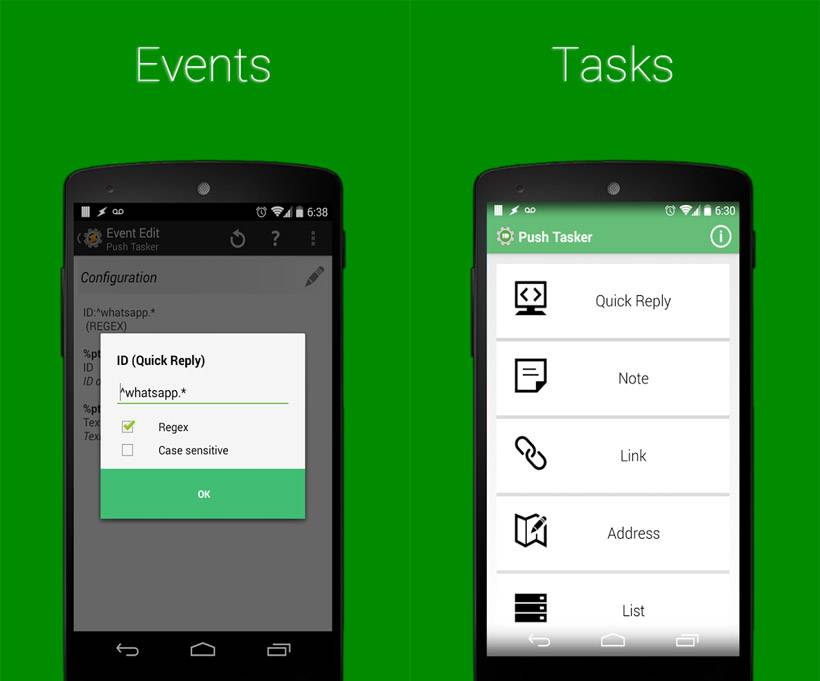 If you are a fan of the Android apps Pushbullet and Takser, you will want to check out a new plug-in that allows you to do more with those two apps. The plug-in is called Push Tasker. Push Tasker lets you have Tasker send notes, links, and lists automatically.

It is also able to intercept notifications if your device is rooted and reply on its own. Tasker is well known to have steep learning curve so if you are unfamiliar with the app, it may seem complex. That said you can check out the video below to see how Push Tasker works with Tasker.

Push Tasker is only usable as a Tasker plug-in. The latest update adds in some video tutorials, and improved design, and the ability to capture notifications on rooted devices. You can download Push Tasker on Google play right now.