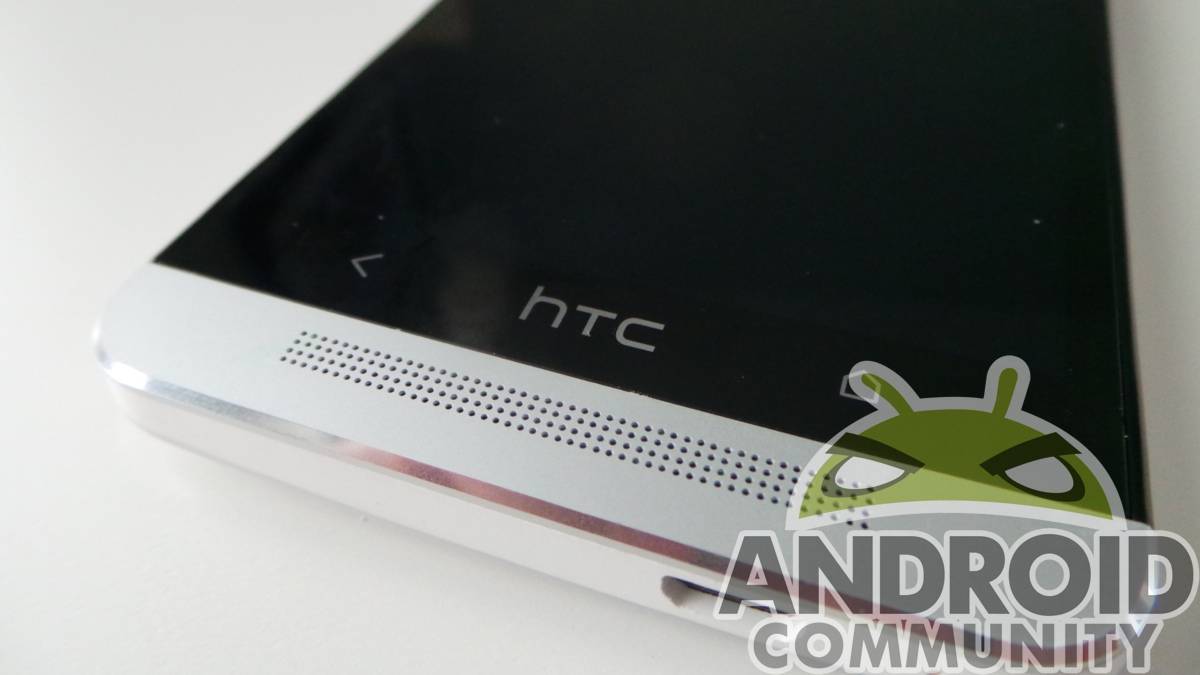 With MWC coming up, we’re expecting HTC to announce the successor to the One. Though we don’t have an official name yet, the codename M8 suffices, and we’re finding yet another leaked photo of the device, again showing the front. Those who lamented to black bar running across the bottom of the previous leak — or HTC One — might be happy with this one.

Compared to the last shot we got hold of, this one fits much of the same styling cues. There is the speaker grill arose the bottom, and a smaller one up top. The top grill has been slid to the left, and we find the camera to the right. There are two cutouts between he grill and camera, hinting it could end up having the same features as the HTC One, but why move things around? Seems to hint something has been added internally, forcing HTC to make a stylistic change to accommodate.

The bottom seems to show the frame blending right into the screen, with no branding on the bottom limiting the size. The software buttons have a semi-transparent background, which could also be the reason for the shift up top — less room at the bottom. Also curious is the complete lack of branding on HTC’s part. The thin bezels on the side, though — we’ll happily take that.

We’re still holding our excitement for HTC’s newest. We’ve seen a lot of shots that differ from one another, so we can’t get a good read on just what’s going on at this point. We’ll be on the ground at MWC, so if HTC announces the next iteration of their flagship device, we’ll be there to get a hands-on and first look. 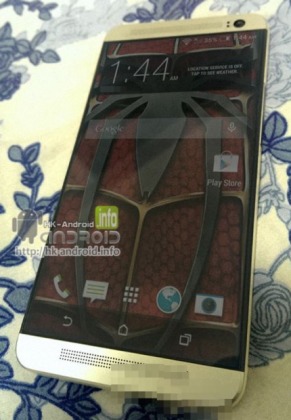