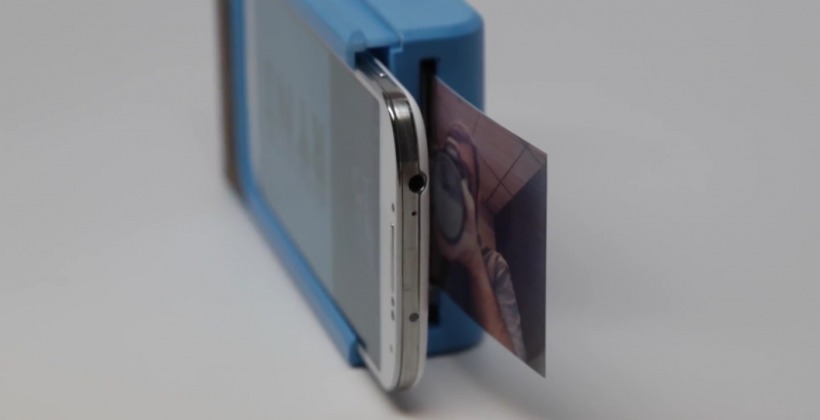 It’s a little bit ironic (and still totally understandable) that the more digital we become, the more we hearken to old ways of doing things, like printing digital pictures. There has been a keen interest lately in having pictures taken with your smartphone actually printed out and stuck on your corkboard or diary or wallet. A new phone case will soon be able to do just that and even give you an added bonus of seeing said photo have a few seconds of animation through an accompanying app.

The Kickstarter project hasn’t started yet, but the creators (a startup company in France) did give a preview of how the product would work. It’s a case that you attach to your phone which has the ability to print out digital images, kind of what Polaroid’s Socialmatic does. But what makes this different from other similar products is that it uses the powers of augmented reality and animates your printed picture for a few seconds when held up in front of your phone’s camera.

The accompanying app has to be installed in order to print and animate the pics. It takes around 50 seconds to print the photo, through heating the photo paper located in the case, but they will be working on getting that down to 30 seconds. The animation, which is kind of what the newspaper articles in the Harry Potter movies do (but only less high-tech probably), is from the few seconds of video recorded before you take the actual picture.

For now, it only works with smartphones that have a 4-inch screen but they are working on a mount for devices that have larger screens. The initial price for Prynt is estimated at $99 when it starts their Kickstarter campaign in early 2015. Would you support something like this or will you just be content with the non-animating normal photo printers?