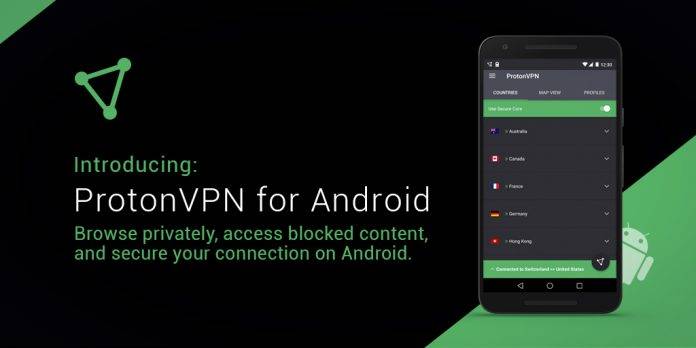 If you’re a mobile user in need of a VPN app to bypass geo-locked sites or to create a secure tunnel between your device and a VPN remote server for some reason, you have a lot of choices but not all of them are free or secure. If you trust Proton, the developers of ProtonMail and the ProtonVPN which launched last June, then you’ll be happy to know that they now have a ProtonVPN for Android, and there is a safe and free version that you can use.

ProtonVPN was initially built to address the security and privacy issues that come with most VPNs. They usually spam your device with ads and even sell your data to other businesses. Worse, they often come with malware as well. But Proton promises that they will not do any of that and is now bringing the same safe VPN tech to your Android device. The best part is that there’s a free version which has no bandwidth limits.

If you do decide to get the paid version, you also get all the advanced features like Secure Core, TOR via VPN, connection profiles so you can save your favorite VPNs. You also get the IKEv2 protocol which gives you higher speeds even if you switch between connections or cell towers. Paid subscribers actually make it possible to provide a free service so they’re encouraging those who can afford it to upgrade.

If you still want the free version, you can download it through Google Play Store. They have three tiers for the paid plans: $4 per month for Basic, $8 per month for Plus, and $24 per month for the Visionary tier, which already includes ProtonMail Visionary. Check the source link for more details.