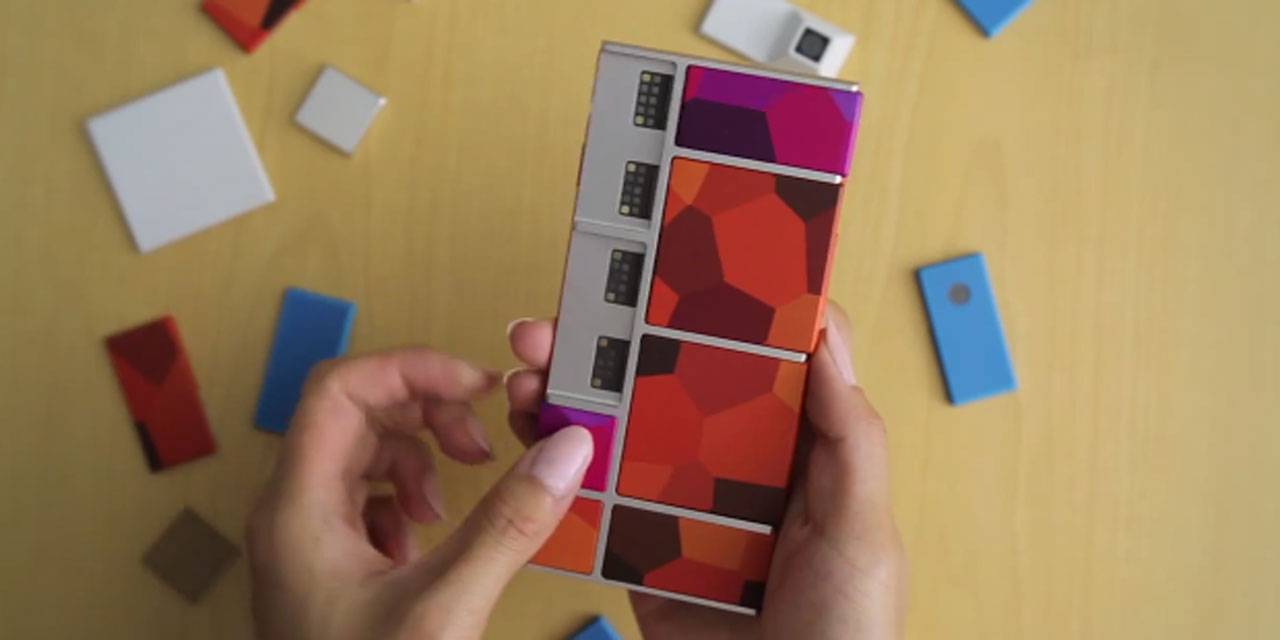 We are just a week away from the first ever Project Ara Developers Conference and the marketing wheel behind the modular smartphone is heating up. This latest bit of information comes directly from Google, who has just released a preview of the Module Developers Kit or MDK.

Unlike most development kits, which commonly address the software side of gadgets, the MDK primarily targets hardware manufacturers or OEM’s who will be creating compatible modules. Google itself has no or little plans to create modules, probably outside very basic ones, and will instead be licensing the modules. It will, however, be creating the officially approved endoskeleton or “endo” that provides the frame and core connections of the module smartphone. 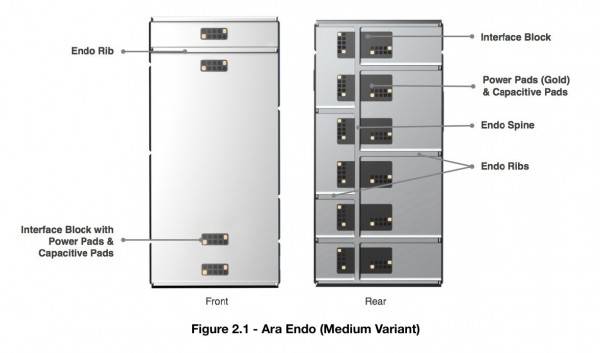 There are two main groups of modules. Front modules, like those for displays, speakers, etc, take up the entire width of the device and are only limited from one up to three modules at a time and nothing more. Rear modules, on the other hand, have more variety and come in three sizes of 1×1, 1×2, and 2×2. The endo dictates the placement of the modules and the MDK states the sizes for officially sanctioned ones, though it gives certain exceptions to very specific modules. At the moment, Google isn’t supporting third-party modules, though it’s not hard to imagine some of them popping up in the market when and if Project Ara truly takes off. 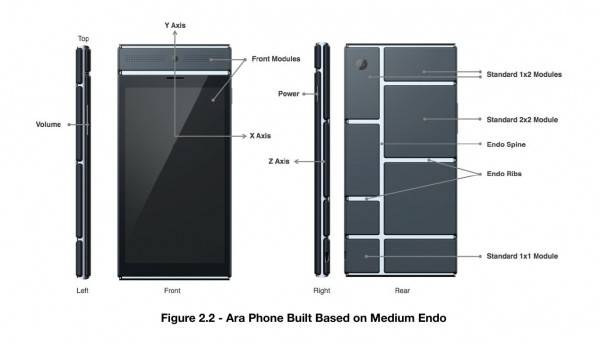 The MDK goes into great detail about the design of the endo itself in order to give OEMs an idea of how to design their modules. As mentioned in previous reports, Google is aiming for three size categories of mini, medium, and large. The size of the endo naturally determines how many rear modules can fit. The smallest can only fit 6 of them in 1×1 and 1×2 combinations while medium ones can have 8 of all three module sizes. The phablet-sized large configuration still isn’t well-defined but is indicated to allow for 9 modules of 1×2 and 2×2 sizes. There are, however, other endo variations possible, but Google notes that modules conforming to the specifications will have no problem fitting in any of those. 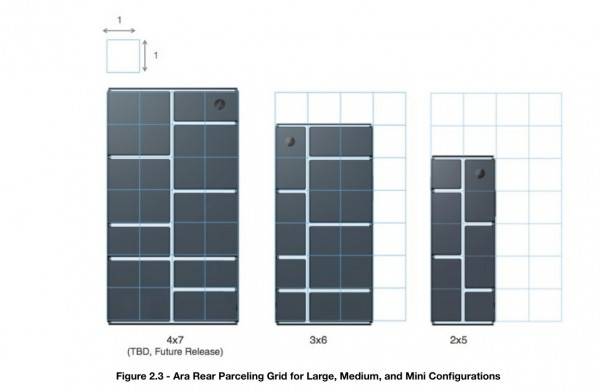 On the front, you have different possible combinations of one to three modules. A single-module setup will only have a display with, say, a front-facing camera, while a two or three piece setup can have room for stereo speakers or other front facing sensors. Interestingly, Google has included a configuration that includes a T9 or QWERTY keypad. 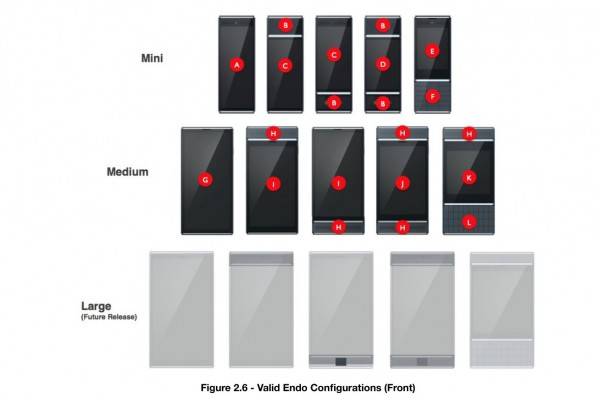 The MDK is still version 0.10 and Google notes that it is still a prototype version. Nonetheless, it is an important step in defining the future of Project Ara. The modular smartphone’s success relies heavily on the number, quality, as well as price of available modules, which, of course, relies on the cooperation of OEMs and even third-party manufacturers. We will get a chance to see just how many of those are interested when Google launches the Project Ara Developers Conference next week.