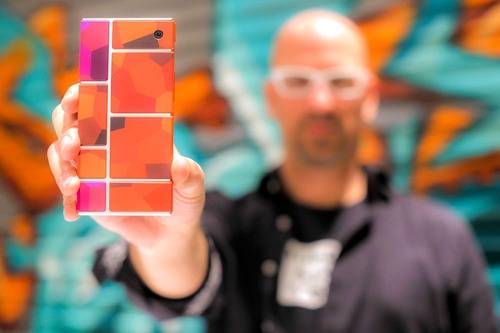 At the height of Project Ara‘s popularity, it has lost a key member of its team. Dan Makoski, credited for the design not only of Project Ara but also of the successful Moto X, is leaving Project Ara and Google for good. And instead, he will be working for credit firm Capital One.

It might be a strange change of careers, but Makoski will still be donning a designer’s hat at Capital One. But instead of leading a team of smartphone engineers and designers, he will be heading what he calls a “money team”. This team is charged with designing “bold, breakthrough transformations” in how people connect with their money. And that last part is really what drove Makoski to make the switch. It’s all about connecting humans with objects, or humanizing things. He said that “there are few spaces as ripe for technology and human-inspired re-imagination as how people relate to their money”.

It feels almost ironic that just as Project Ara’s design head leaves, the project welcomes a fresh batch of “mini-designers”. December last year, Motorola reached out to the populace to help design Project Ara, employing the dscout app and service to harness the wisdom of the masses. According to Google, over 90,000 have answered the call of duty and today, they have picked the 100 most active “scouts” of the bunch. As a reward, these hundred will be the first to receive a free Ara smartphone. Of course, they are being asked to help again by giving feedback. Curiously, dscout says that Google will be shipping the prototypes over the next 8 months, confirming the earlier schedule of a beta by the first quarter of 2015.

Herding a hundred testers, much less thousands of voices, will definitely be a full time job, one that will require a designer’s vision and iron fist. Unfortunately, for now that vision has shifted away towards a financial institution and Google has yet to reveal who will be fated to fill in the rather large shoes left by the veteran designer.