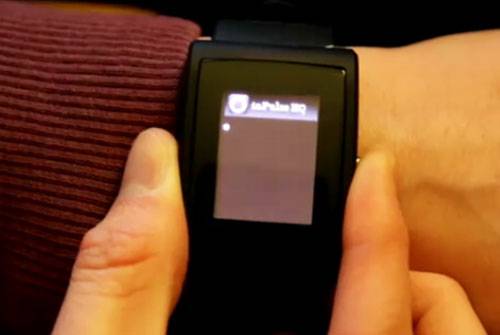 If you are one of the folks that lives and breathes Facebook and enjoy using Facebook Places to tell everyone exactly where you are, you might be on the lookout for an easier way to check in. The lead designer from inPulse, Eric Migicovsky, has offered up some code for the inPulse smartwatch that makes checking in dead simple.

The app for the watch is free and allows the watch to communicate over Bluetooth with an Android smartphone. That smartphone can then interact with Facebook places to allow the user to share their whereabouts with ease. Rather than digging out your Android device and logging on the watch allows interaction with a single button.

The app queries the Facebook service and then lets the user choose from a list of local places to check in. The watch screen then displays a confirmation message letting the user know the check-in was successful.