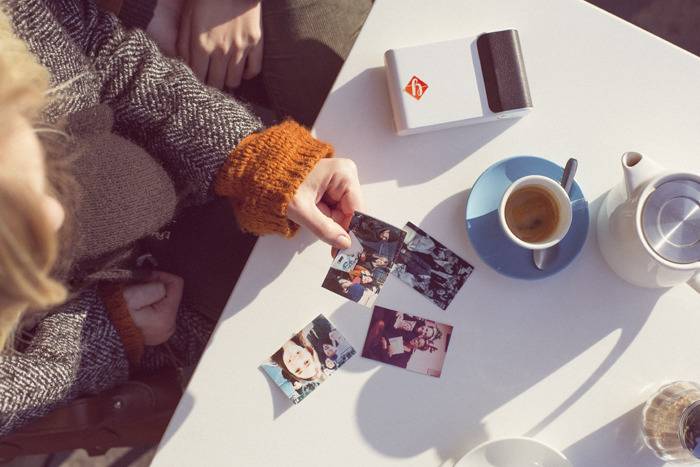 A lot of people have been accused of over-sharing their pictures on various social networks. But some of them just really want to share moments, food, even selfies, with their friends. What if there was a way of sharing photos with your friends without having to post it on the Internet? Oh wait, right, that’s what we did decades ago when we printed pictures and gave it to our friends. A new Kickstarter project joins the growing number of instant photo printing products in the market, but this time it is an actual phone case.

Simply called Prynt, it claims to be the first mobile phone case that can actually print pictures. You simply plug it into your smartphone, choose the photo that you’d like to print or you can even take a picture right then and there, and a few seconds later, you have a printed photo that you can keep or share with your friends. It works with any smartphone and if you suddenly change your unit, you don’t need to buy a new Prynt, you just need to get a dock adapter. It also doesn’t use any ink cartridge because the special paper you print the photos on has embedded ink already.

Another cool feature for Prynt is it has augmented reality so you can make your photos move, so to speak. While you’re taking a picture, the app will take a short video. After printing the photo, you can hold the phone over it and it will recognize the photo and it will play the video. The said app is still under development however, and will be released this summer. Aside from the augmented reality, the app will also allow you to edit the photos, add background and filters, and personalize it before printing. You can also use it to share photos you’ve taken with other social networks.

The Prynt Kickstarter project has already met its goal of $50,000 (it’s at $205,772 as of this time). It seems like a lot of people are really going for instant photo printing nowadays. You can still support it if you like, although the early bird slots are already gone. Estimated delivery of the Prynt phone cases is August of this year.