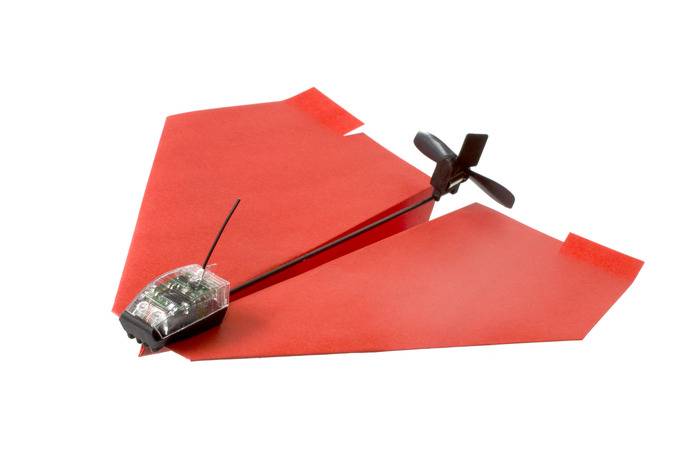 PowerUp, an exciting little Kickstarter project that has long surpassed its original goal, reached an important milestone recently. Android uses will now get the ability to control the $30 device from their phones, a feature once limited to iOS devices. The functionality is currently for Android 4.3 devices, though we expect that KitKat will be supported as well.

The concept is as simple as it is fun: fold a piece of sturdy paper, attach the module (which houses an engine and propeller), connect it to your device via Bluetooth, push the throttle button, and toss it into the air like you would any other paper plane. It’s said to be good for about 10 minutes of flight on a single charge, and the 1000 mAh battery charges via Micro USB.

The Kickstarter campaign ends in January, with the first 50 prototypes being sent out at that point. From there, after certifications are finalized, all devices will be sent out in May. If you’re willing to wait a short while, summer of 2014 could be spent terrorizing the neighborhood with your new plane… or planes!

It operates up o 180 feet away form the device, so you don’t need to be right next to it for the plane to work. The interface is a lot like a flight simulation game, and keeps track of the battery and signal strength. The slim frame is carbon fiber, too, so tweaks and breaks are less likely than with a steel frame. If you want to grab one, head over to the Kickstarter page. The early bird packages are gone, but most of the rest are still there.