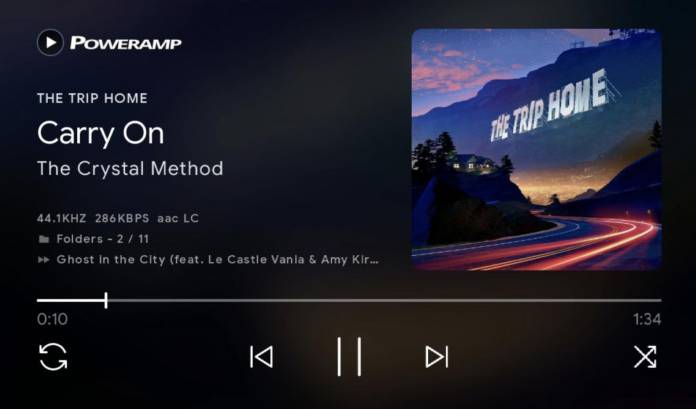 For those who still prefer to have their own music players on their mobile devices rather than listen to streaming services, Poweramp is one of the apps that you can use for that. The app has enjoyed a “resurgence” of sorts as it got a new interface last December and then Android Auto compatibility later on. Now in the latest build to the app, you finally have Chromecast support so you can cast it to other speakers or your TV. You also get Google Assistant support but it’s only for the smartphone app for now.

Once you update to the latest version and you have a Chromecast device near, you’ll see the casting icon on the top right corner of the app. Just tap on it and then choose which device you will cast to. Your Chromecast playback can also be customized, with granular controls for the audio quality and the buffer size, making it one the very few audio apps that lets you do this.

You can also now use Google Assistant to control your Poweramp app but it will only work on your device and not the speakers directly but it will work on smart displays and smart speakers if you’re casting there. You’ll be able to pause, stop, play, next, previous, shuffle, or seek using voice commands with your digital assistant. If the app isn’t yet in use on your phone, you can say, “Play on Poweramp”.

The build also has some other minor improvements like gapless playback, additional track meta info, the addition of per list position and per track progress for the Playlists and folders, plus the usual bug fixes and improvements that come with updates. This is of course for the early testers for now so if you want to experience it, sign up and become one.