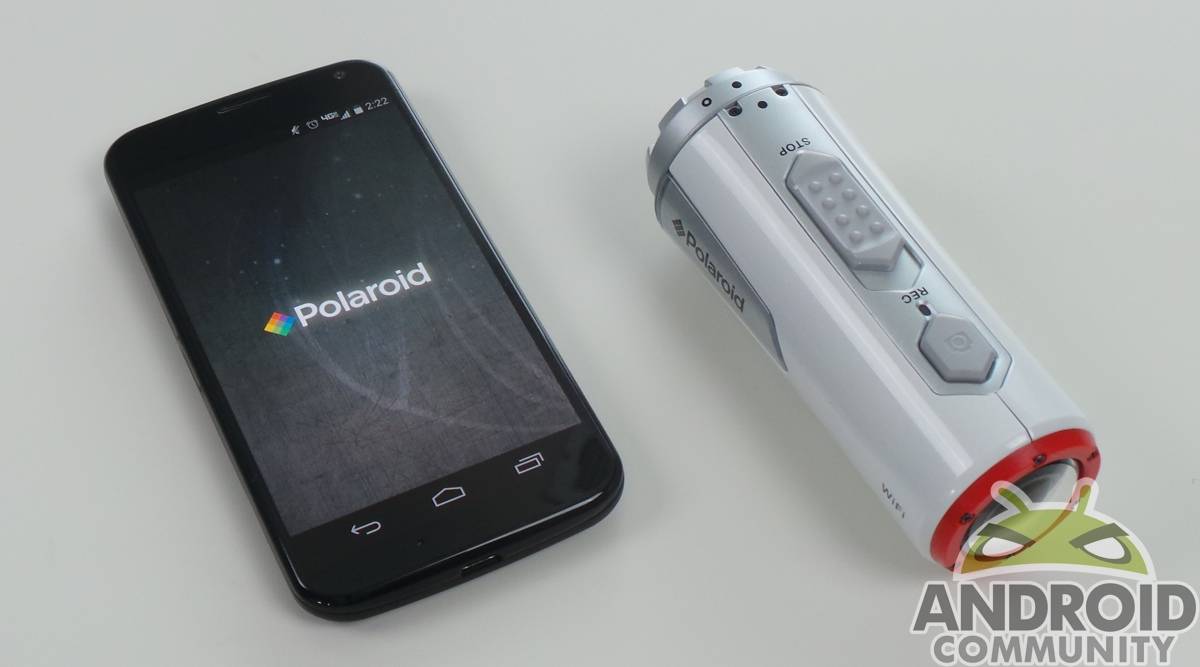 When it comes to “action cams”, the choices can be expensive. A basic GoPro setup can run upwards of $500, and while some lesser-known offerings may cost a lot less, they tend to offer mixed results. The Polaroid XS100i is an action camera that may not offer all that a GoPro would, but in many ways we found it to be a really good choice for those looking for good performance without wanting to drop a lot of cash.

The XS100i is pretty straightforward in design, and has some intrinsic benefits because of the form factor. The white barrel profile has a bright red frame around the lens, which is great for knowing exactly where the camera is when you’re filming yourself, or having others look at the camera. The buttons up top, which control the recording, are simple and easy to use; there is almost no messing things up with the XS100i’s two button design. Around back a plate twists off to reveal other settings you will definiely need over time: WiFi button, HD or FHD switch, microSD card slot, HDMI port, and charging port. 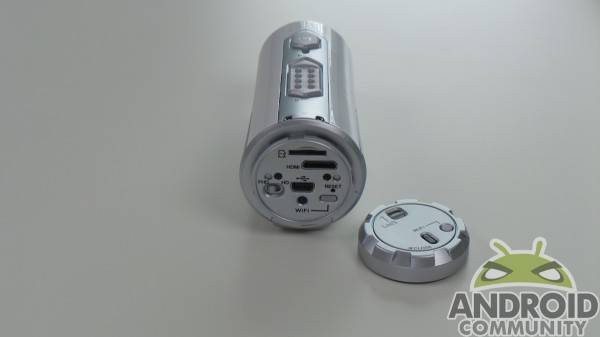 With the package, you’ll also get every mount or strap you could want or likely need. A few different joints give you access to any angle you could think of, and a helmet mount will give that first-person action perspective you may be looking for. Polaroid put in some adhesive mounts as well, and there is a mount-lock for affixing your camera to just about any structure you could think.

One thing we really like about the XS100i is that it’s got a really low profile. The barrel design lets it work in many more places than a square camera, and it’s waterproof to 10 meters — surfers, take notice. At 4.8 ounces, it’s not even noticeable while on, and makes a really neat accessory to carry around for non-action activities. 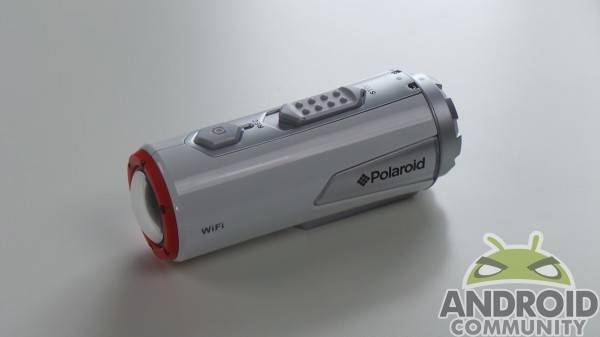 Stills came out wonderful, and using it on a tripod mount was easy. For stills, we recommend using the accompanying Android or iOS apps, which can be found on both the Play Store and App Store. The lack of a viewfinder on the XS100i might be the lone annoyance, but a smartphone app makes those concerns almost moot. In an odd way, we really like the dual-device set-up, especially if you’re posing a product or fiddling with light. You know when it looks good to the camera, regardless of where you are in relation to it. When you snap a pic, the camera gives off a little vibration. 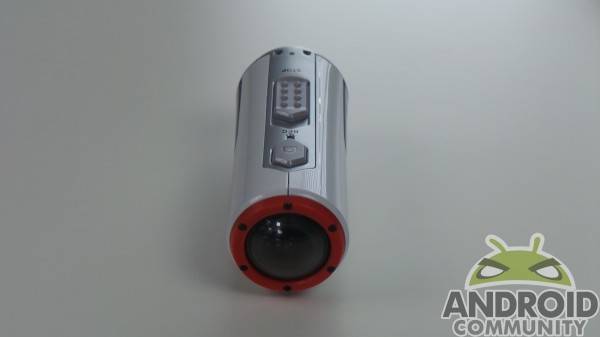 A quick word about the apps and setup: they’re a bit tricky. One app is for controlling the camera remotely, and another is for file management. We would prefer these be the same app, as traveling between two can be cumbersome in a pinch. The remote viewfinder app also doesn’t support landscape mode, which is a bit of a bother.

Videos were also beautiful, and using the app is again our recommendation. The XS100i saves video as MP4 (and pics as JPEG), making them really useful for editing later. No fussy video file to convert or toy with — just shoot, upload, and go. Nothing could be simpler for an action camera. 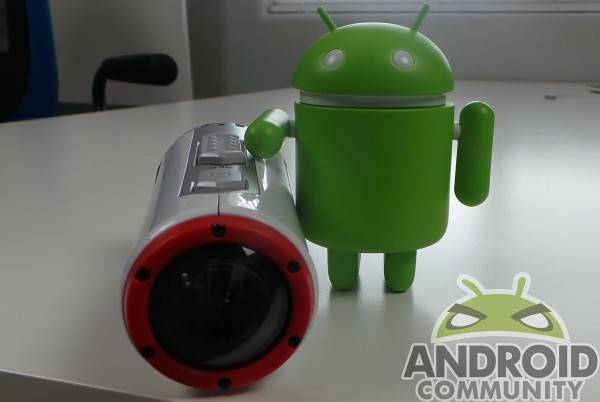 We’re not fond of the apps, sadly. Though it’s a nice trick to allow us to use our Android devices for powering the camera, the apps were a touch fussy and combersome. For WiFi, you have to connect the camera to a “real” WiFi signal via the file app, then connect your phone to the camera. That produces a bit of lag, naturally, and the app interface itself is dated and slow. It’s entirely usable, but we think Polaroid could have done much better, here. 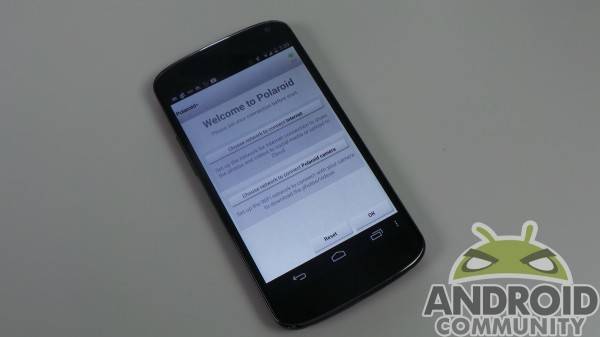 The shutter speed is also a bit slow, which is really noticeable in burst mode. For snapping posed shots, the XS100i is just fine. Video is the real attraction here, and the camera does so admirably. We’ve been testing it for a week or so and had no problems with video whatsoever. If you’re looking for a video camera that can snap pics like a camera, though, this one isn’t for you.

For those looking to shoot great action video, or just have a low-profile video camera handy, the XS100i is a good option. The apps, while a bit cumbersome, prove a good workaround for the camera not having a viewfinder. We really enjoy the ability to be away from the device and snap photos or start and stop video. The utility is great, but the interface on the apps slow this one down. Would we buy it? Absolutely. In actual testing, it didn’t let us down one bit, even surviving a night out in a rainy Oregon storm.