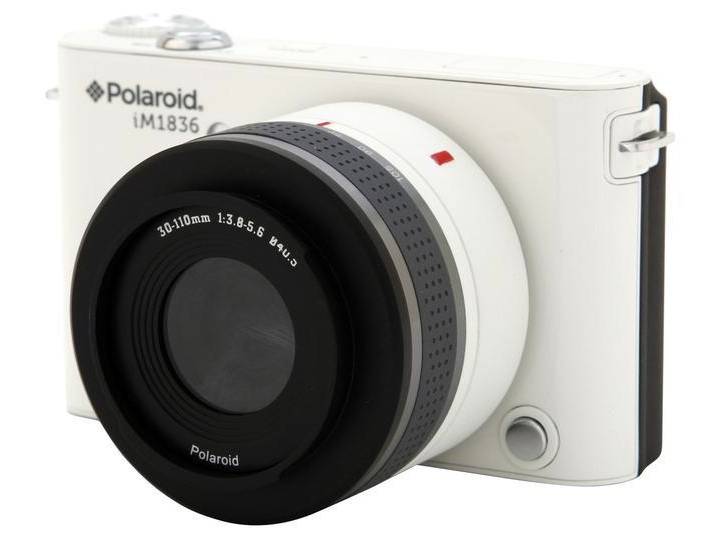 As we were expecting to happen, Polaroid has come forward with an official announcement for their Android based camera. The model is the iM1836 and as was rumored, the camera is running Android and sporting a removable lens. Polaroid has yet to offer anything specific in terms of a release date, however those interested should not have all that long of a wait.

The Polaroid iM1836 camera will bring features to include an 18.1 megapixel lens that is capable of shooting 1080p HD quality video, a 3.5 inch display and Android 4.1 Jelly Bean. Looks like the rumors were off on that one point, they were calling for the camera to be running Ice Cream Sandwich. Some of the camera features include a panorama mode along with an auto blink detection and auto face exposure.

The camera will also feature an interchangeable lens, which assuming one is willing to buy an additional adapter, will work with micro four third lenses. Those making the purchase can expect to find a 10-30mm lens in the box. Other features include Wi-Fi and Bluetooth connectivity as well a pop-up flash and an HDMI out for connecting to an HDTV.

Finally, Polaroid has said the the iM1836 camera will be available during Q1 2013 and with a retail price point of $399. Bottom line here, the Polaroid Android camera may not have the cellular connectivity or larger display found on the Samsung Galaxy Camera, however the interchangeable lens system (along with the price tag) should be enough of a perk to make this one to consider.