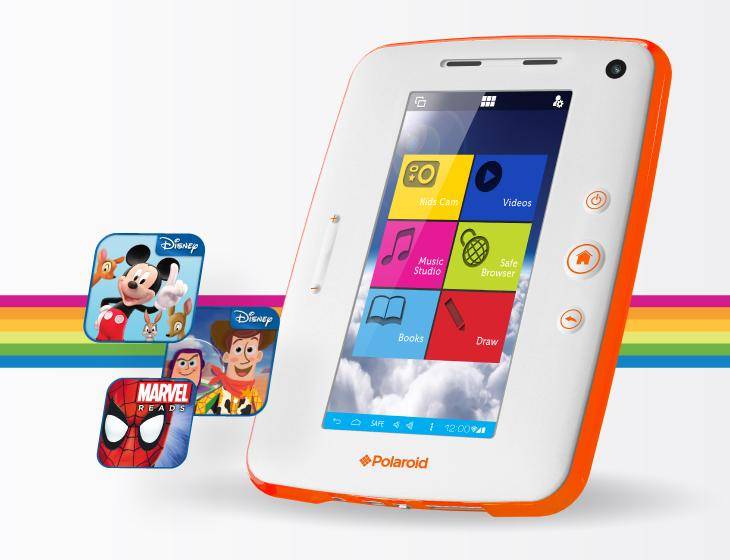 Polaroid, a brand one would normally associate with cameras rather than Android tablets, is making a second stab at the kids market with the ingeniously named Kids Tablet 2. Unlike similar tablets aimed at a younger demographic, however, Polaroid throws in some features that give a nod to what the company does best: making memories.

Early this year at CES, the company released it’s first Kids Tablet with rather low-end specs. In comparison, this second generation tablet looks like an incremental upgrade only. It still has the same 7-inch display size but the resolution has been bumped up to 1024×600. Internal storage is still at the same 8 GB capacity, expandable with a microSD card. The biggest changes are in the processor, which is now a 1.6 GHz dual-core Cortex A9 coupled with 1 GB of DDR3 RAM, as well as a more up-to-date Android 4.2 OS. A front-facing camera has also been added to the tablet. Definitely not a high-end device, but surely more than enough for a child’s use.

The tablet is, indeed, loaded with features that, Polaroid claims, should keep a child occupied for hours, with over 70 popular books and apps, including 25 top-rated books from popular children’s brands such as Disney, Marvel, and Cartoon Network. Of course, there are also parental controls available as well as a custom web browser and a curated app store that should keep kids safe even while connected to the Internet. But what makes the Polaroid Kids Tablet 2 somewhat unique is the apps that turn kids from mere consumers into creative producers. The Kids Cam app can capture photos and videos with music, adding in some special effects using filters. There is also a DJ Studio app that contains a library of sounds clips that can help get kids started on a musical career.

The tablet is built to survive handling by children and so for added protection, it sports side and rear bumpers in a bright orange color, in contrast to the first generation’s blueish theme. The Polaroid Kids Tablet 2 is available at Toys “R” Us outlets and online store with a price tag of $149.