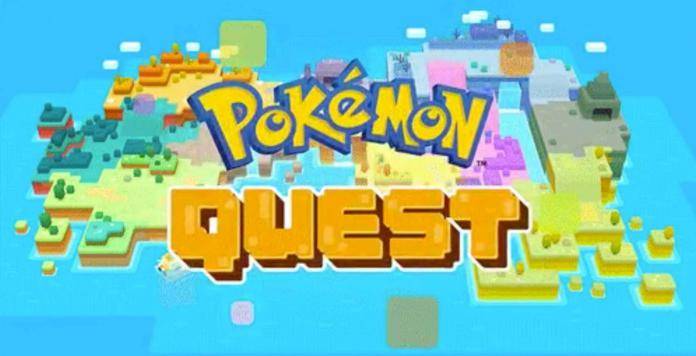 So we think it will not be an overstatement to say that Pokemon GO is the one Pokemon mobile game to rule them all. You can either look at just the epic scope of this augmented reality (AR) game by Niantic, or just the ridiculous number of records it broke and set for its own during its two-year existence. The “trainers” might be fewer in number these days, but it doesn’t take away the fact that Pokemon GO is still the biggest Pokemon mobile game there is. Then you get news that a new game called Pokemon Quest is coming out.

Pokemon Quest is rolling out now on the Nintendo Switch, and will probably be available on Android in around a month or so. According to Nintendo, Pokemon Quest is “a rambunctious action RPG game… developed by GAME FREAK, and takes players across Tumblecube Island, where everything’s a cube — including the Pokemon.” Now we don’t really know what to make of that. Maybe this trailer will give us an idea.

Ok, so it is an action adventure game where you control a party of Pokemon going around an island, battling monsters and “befriending” other Pokemon. So why are all things shaped like a cube? Maybe because this harks back to the nostalgic 80s and 90s, and because they think it’s cute. We’re not really convinced that this will be a hit mobile game as of now. According to Nintendo, gameplay features include:

This is the problem with the intellectual property being owned by The Pokemon Company and Nintendo. They have very little connection to Niantic and Pokemon GO, and as such have no input on what can make the hit game better. So we get games like these on Android that doesn’t really excite Pokemon fans in general.

If you didn’t know, there are other Pokemon games in the Play Store, and most of them are really not worth the download. In that list we have Pokemon Duel, Pokemon: Magikarp Jump, and Pokemon Shuffle Mobile. Then you have the hundreds of other “Pokemon wannabe” games that shamelessly steal the gameplay ideas from the animated series. Do these games really add to our existence as Pokemon fans? You answer that question.