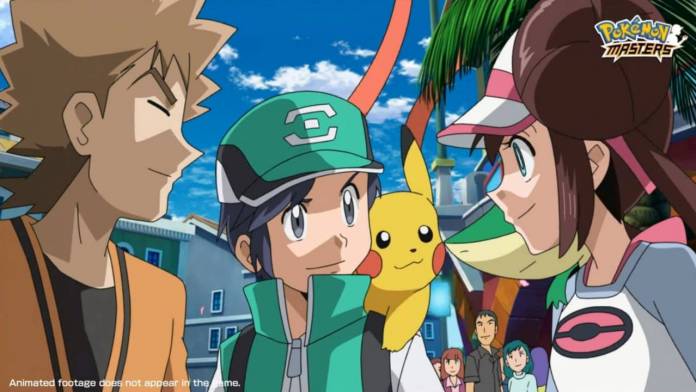 Are you ready to be the very best and to catch them all, all over again? The highly-anticipated Pokemon Masters has finally launched on Android mobile devices and as expected with super popular games like this, servers have been crashing. And because it’s a server-side issue, there is basically nothing you can really do except to wait for the developers to get it back under control. But in case you are able to play the game, it seems to have been getting pretty good reviews.

Unlike other Pokemon games, this one lets the trainers kind of take center stage. It’s a gacha game which lets you form your team by summoning trainers, all from various iterations in the Pokemon universe, and forming your own teams of threes. Of course the trainers come with their own signature Pokemons. For example, Brock gets an Onix, Misty gets Starmie, and Whitney has Miltank.

According to SlashGear, it’s a pretty easy game to follow and should be interesting for those who like the gacha types of games. The Sync Pairs, which is what you call the pairings of the trainers and Pokemon, can sometimes lead you to use gems that you need to buy so if you have no control over in-app purchases, it can get a bit expensive. But if you’re disciplined enough, you can still play the game without spending anything.

But the main issue right now is of course that users keep getting a Pokemon Masters Error 20101 which means their servers are overloading. Some suggestions are to close and then re-open the app, connecting to a Wi-Fi network instead of your mobile connection, even VPN or GPS spoofers. But at the end of the day, it’s still up to developer DeNa to fix their sever capacity before people get too annoyed and stop playing.

You can download Pokemon Masters from the Google Play Store for free.