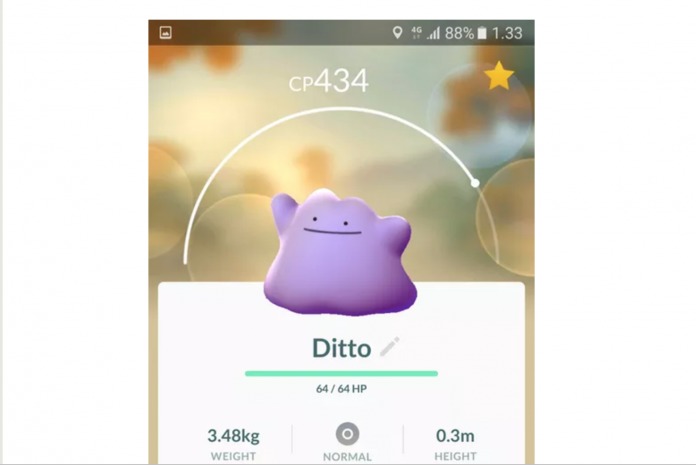 Yes, people are still playing Pokemon GO to the amazement (and confusion) of some people. While it is not as ubiquitous as when it first launched, there is still a sizable number of players that Niantic keeps adding new features and improvements to the game. In this new update, they announced they are expanding the Nearby feature and making slight changes to it as well. The Sightings feature also gets a slight tweak and is available in more areas. Meanwhile, some users have reported catching the Ditto, “the last non-legendary Pokemon” from the original.

The Nearby feature, which tells you if a Pokemon is, well, nearby, was being tested in the San Fransisco area at launch. They’ve made some changes to it however and now the app will only show the feature if there is a Pokestop that’s near you. Sightings has also slightly changed, but they did not exactly say how, except that Trainers will be able to test the updated version. Both functionalities have now expanded to all states west of the Mississippi River in the US (except Hawaii and Alaska), Canada (BC, Alberta, Saskatchewan, Manitoba, and western half of Ontario), and Australia.

The Ditto is a Pokemon that can take on the form and abilities of the Pokemon that it is battling, and now people are seeing it make appearances finally. Some say that when they catch some of the lower-ranked and more prevalent monsters like Zubat, Pidgey, Rattata, they suddenly turn into Ditto. They retain a high CP once caught and is apparently available in most regions.

You can update your Pokemon GO app to enjoy the updated Nearby and Sightings features. That is, if you live in the aforementioned areas. Let’s see what the game has up its sleeves for this holiday season, to try and win back the players that they’ve lost or to get new ones.