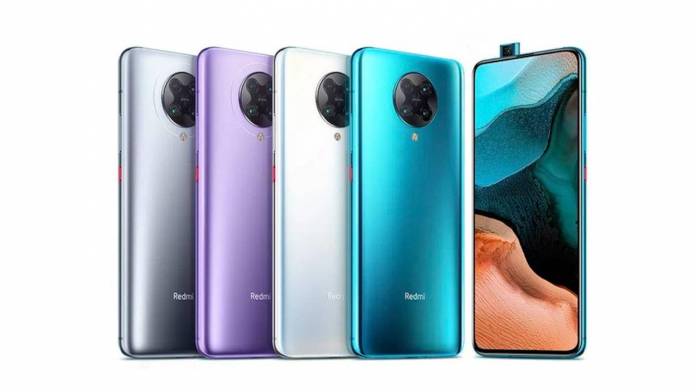 POCO is making a bid to spin the market in its favor with the launch of a new handset called the Pocophone F2 Pro. After its spinoff from Xiaomi, it released the POCO X2 for an incredibly low price in India, which kept true to the company’s nature of delivering budget phones as evident with its first phone the Pocophone F1 – a $300 smartphone launched in 50 countries. But now the smartphone maker wants to change that image with Pocophone F2 Pro that is beefed up with specs and design to take on the flagships from the likes of OPPO.

How it will fair, is a story for another day. For now, we have its expected price in Europe to share. As noted by a Portuguese website, the Pocophone F2 Pro will start at €649 in Portugal. Considering the country has a “private copy tax” which makes handsets costlier than the average in Europe, we can expect the Pocophone F2 Pro to start at about €599 in EU countries.

Pocophone F2 Pro will come in two variants. While 6GB RAM + 128GB storage model is expected to retail for €599 (approx. $650), the price would shoot up by almost €100 for the model with 8GB of RAM and 256GB of internal storage. As said, the Pocofone F2 Pro will be a beast in comparison to the Pocophone F1. Expected to share looks with Redmi K30 Pro, this will have industry-leading Snapdragon 865 processor under the hood.

Supporting a 6.67-inch AMOLED Full HD+ resolution display, Pocophone F2 Pro will feature in-screen fingerprint scanner and a very appealing quad-camera setup on the back. A 64 MP main shooter will lead the pack that includes 13 MP wide-angle, 5 MP tele, and a 2 MP macro sensors. For brilliant selfies, the phone will feature a 20-megapixel pop-up camera.

The phone would boast a 4,700 mAh battery supporting 33W fast charging, no mention of wireless charging abilities yet, but we learn, it will have a 3.5 mm headphone jack and will be IP53 rated water-resistant.  If Pocophone F2 Pro actually releases in a number of countries with the specifications enlisted above, we are surely looking at a potent competitor.