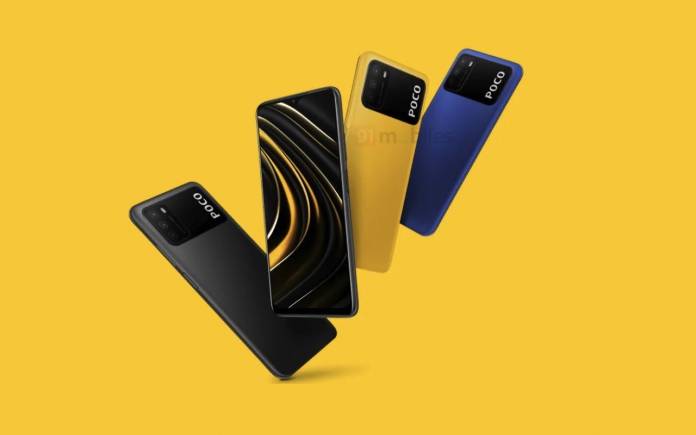 POCO is going to launch a new smartphone. It will be the POCO M3 as we featured last week. An image render surfaced ahead of the official launch. Some details have been shared and now we’re learning about the price. The big announcement will happen tomorrow, November 24. The M-series phone from Xiaomi’s previous sub-brand will be available in two storage variants: 64GB and 128GB. Both will come with 4GB of RAM. As described, the smartphone will run on Qualcomm’s Snapdragon 662 processor and a 6000mAh battery.

The POCO M3 features a 6.53-inch display. There is a waterdrop notch for the display. It will be available first in Europe. The launch in India and other Asian countries will also happen but no word on availability and release date yet. We know it will be out in Malaysia as there is already a SIRIM certification.

The POCO M3 will be out in three colors: White, Blue, and Black. The rear panel will show a textured finish. The camera model is a black rectangular block where three cameras with LED flash are placed, headlined by a 48MP shooter (plus 5MP and 2MP).

The smartphone will run on Android 10 topped by MIUI 12 with POCO Launcher. The 6000mAh battery will come with 18W fast charging tech.