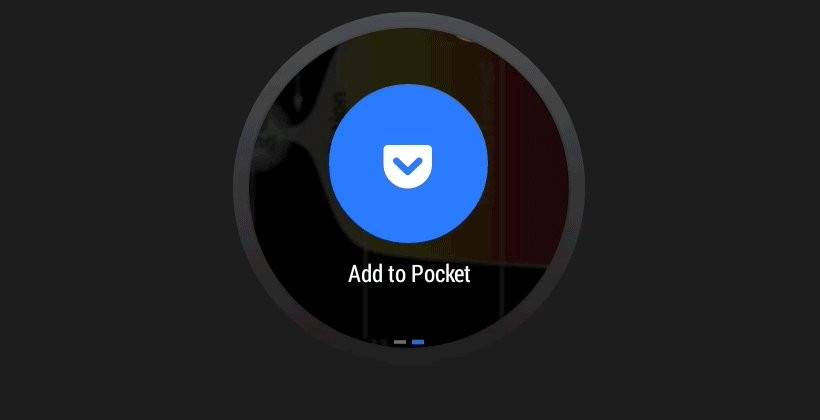 Google has just announced its take on the wearable tech market and its unsurprising to hear of people jumping on the new Android Wear trend. One of these eager beavers, and probably one of those that immediately make sense, is integration with the Pocket “read it later” service.

This is definitely not the first time that Pocket has integrated with a wearable device. There is also an official app for the Samsung Galaxy Gear but there, Pocket acts somewhat strangely different from what you’d expect. Given screen and platform limitations, Pocket, which lets you stow away Internet content for later reading, is limited to reading saved articles out aloud.

This time, however, Pocket turns the tables. Android Wear makes it possible, or even easy, to preview content in a glance. Of course, instead of reading it right then and there, you can simply queue it for later, which is exactly what Pocket is perfect for. With a simple swipe gesture, apps that support Pocket integration can offer the option to save to Pocket.

It is too early at this point, however, to call it a done deal. For one, integrating Pocket isn’t really as straightforward as it is on Android, where don’t have to do anything at all and simply make use of Android’s own sharing framework. At the moment, apps have to add some code to their Android Wear apps, which Pocket has generously provided. However, the Android Wear SDK is still a fast-moving target, so Pocket warns of possible big changes in the near future.