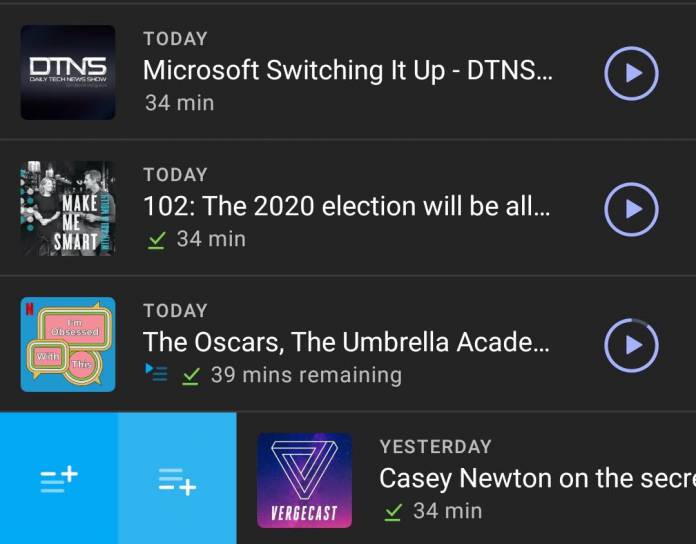 Podcasts are still very much a thing, especially if you spend a lot of time commuting or driving or falling in line at places or if you can’t be bothered to pick up a book or something. There are a lot of apps out there that you can use to listen to your favorite podcasts and one of those is Pocket Casts. They previously released a beta update but now, after getting feedback and tweaking stuff, they are releasing the stable version 7 of the app.

One of the new things that you can see in the updated app is that the episode list is more robust and easier to use. You can now easily see what you’ve already downloaded and what will be playing next in your Up Next list, once the current episode has finished playing. If you swipe left to right, you’ll see options for Play Next and Play Last. This should make it easier for to place episodes where you want them in your queue.

Authors can also now make it easier for you to see tags for discoverability. The episode and season numbers, trailers, and bonus episodes can now be seen at a glance. You can now also play episodes without having to subscribe to the entire podcast. This comes in handy when you see interesting episodes in the Discover section but you’re not necessarily sold on the entire podcast itself.

You can also now archive an episode by swiping right to left on it so that it won’t play on your filter. This comes in handy for those times when you want to skip on an episode or two. If it has automatically downloaded, archiving it will clean it up as well and it will mark it as unplayed so if you need to go back to it later on, you won’t have to remember if you’ve listened to it or not previously.

If you’re already a Pocket Casts user, just update the app to the latest version. If you want to try it out and start or re-start your podcast habit, you can download it for free from the Google Play Store.