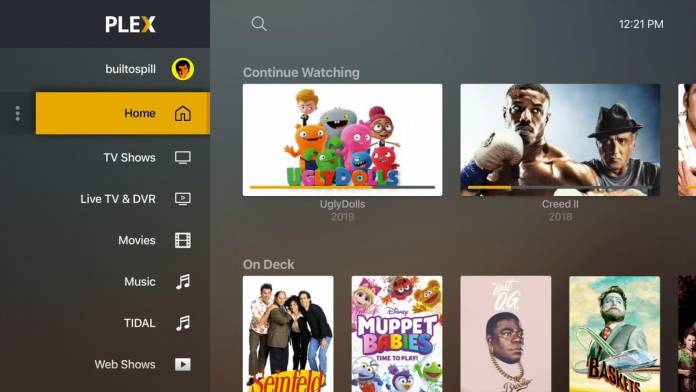 Last April, Plex announced that they would be introducing a new user interface for their service and they internally called it UNO (they say they don’t know why it’s all caps). It looks like that name isn’t just internal anymore as they’re using it with the official rollout of the update. The new UI will be available for TV platforms and the web version this week. Unfortunately for Android users, it will be some time yet before it becomes available for your smartphone or tablet.

The UNO update (which is not an acronym for anything apparently) will make it easier to search and discover new content in Plex and all your connected services. Some of the “basic usability qualities” are also coming back because they probably realized that the “type-first” UI doesn’t really work on all platforms. And so you will have fewer clicks and more intuitive navigation patterns to follow with the redesigned app.

But more importantly, this new UI gives you a lot of customization options so that you will be able to dictate what you see on your screen and rearrange things the way you want them to look like. You will be able to re-arrange your sources so the ones you watch or listen to the most are the things that you see first. You can also hide sources if you don’t use them often and add or remove rows from the home screen. You also now have a new sidebar which lets you see the stuff that you want to see and if you don’t want to see them, you can hide it easily.

The Plex Web app is both a place to watch or listen to media like podcasts, web shows, etc but it is also where you will be able to admin and create your media servers. And so they have made the web app highly customizable for the media consumer and easily controllable for the server owner and administrator. Hopefully, this will also replicate the best parts of the TV platform app and the mobile app as well.

Updates have already started rolling out for TV platforms and the web app is available now on your browser. They said that they are close to finishing the iOS app but unfortunately, they’re still working on the Android version and did not specifically say when it would be available for your mobile devices.