Plex has been one of the more solid media manager-slash-media streaming apps you could use for controlling your Chromecast stick or other such streaming devices. Plex offers a lot of features that most free apps just will not be able to match. So it’s good news that the Android app is finally getting a long-deserved update. This one will bump your Plex app version to 4.0.1, or somewhere thereabouts.

Plex designers are vocal in their love for Android Lollipop’s Material Design, and so this is very evident in the new app update. The homescreen and the way the library allows you to see your server content from the mobile app has been redesigned to match Android 5.0’s minimalist approach. 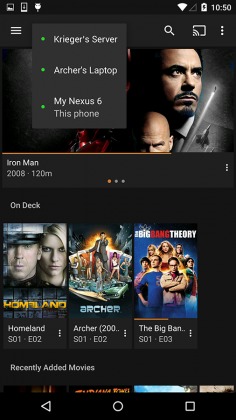 Also, there are some useful updates to account management within the mobile app – which means you can now easily switch from one user to another accessing the same content server at home. The mobile up is much friendlier to that approach now, as it has been one of the most requested tweaks from users. Good to know that Plex’s designers are listening to their crowd. 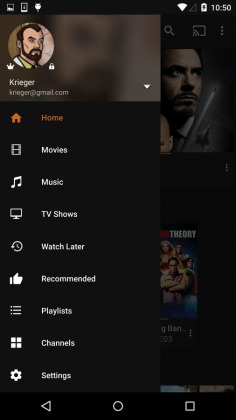 At the end of Plex’s official announcement (see source link below), they promised to continue supporting the Android platform (forever, haha). There will always be rumors about developers neglecting one platform to focus on another – and in some cases it has happened. Plex just made their promise to keep developing for Android. Good job, Plex guys.