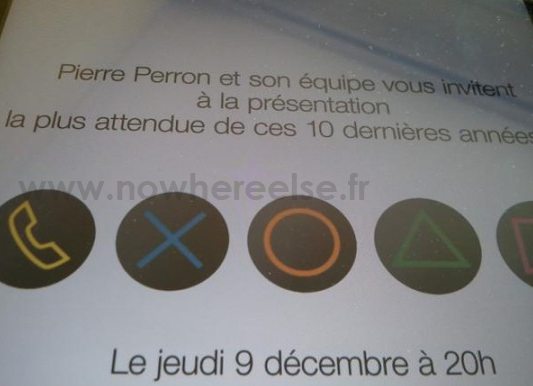 The PlayStation phone has sure been a device of excitement and wonder. Being a phone that will be heavily focused on games (PSP Go with a phone) it’s expected to be an impressive device both hardware and software wise. Details of its release have been scarce, but it just may be coming December 9th.

According to a tipster to NoWhereElse.fr we may be seeing the device or at least an announcement come December 9th. The invitation for the event not only gives us a date and time, it also mentions Sony Ericsson France’s head, Pierre Perron.

So fake or real? We will find out here in the coming weeks, but a December 9th would set the release to be before the holidays and CES in January, so it’s definitely plausible.